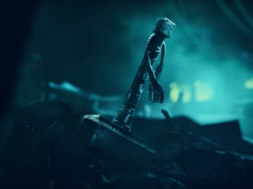 “Marvel Entertainment and Square Enix announced today a multi-year, multi-game partnership, leading with the reveal of The Avengers project. This newly established partnership pairs the creative minds at Marvel and Square Enix for one of the most powerful alliances in interactive entertainment.”

When people think of RPGs, Square Enix’s Final Fantasy games are mentioned a lot of the time because of their amazing storytelling magic. To have the two companies collaborate is ground breaking news. But this isn’t the first time that a collaboration like this has happened.

Marvel is currently owned by Disney and Disney has previously collaborated with Square Enix on the Kingdom Hearts games. They starred Disney’s iconic characters like Mickey Mouse, Donald Duck, Goofy, Disney princesses, and a lot more. Square Enix and Disney have actually come out with Kingdom Hearts 2.8 earlier this month prior to the release of the third sequel.

One thing that we already know without further information is that this game will have a giant budget. Get ready for a new AAA game in the next few years to come.