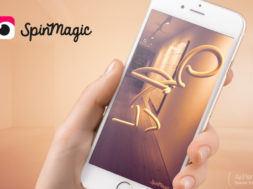 We’ve been seeing a lot of news recently about augmented reality technology and how it’s used to decorate physical space in pictures. For instance, you have Snapchat that allows you to overlay the physical world with digital images. You also have Instagram, which now allows you to do similar overlays to Snapchat. Facebook also updated their messenger to where you can upload videos and images using AR technology. While most of these AR apps use rendered images, SpinMagic by Adtile Technologies allows you to create your own digital images in physical space.

Adtile Technologies describes SpinMagic as a “VR drawing tool that doesn’t require a headset.” Rather, your work of art can be digitally drawn in real physical space, thus providing you with an augmented reality solution. This is quite refreshing to see as most apps today try to challenge or mimic the success of Pokemon Go and Snapchat. SpinMagic distances itself as a creative tool that can be accessed on the go. Being a mobile app, it can be used as a mini version to full blown VR art applications such as Google Tilt Brush and Oculus Quill.

While SpinMagic may not offer all the different features found on Tilt Brush or Quill, you can still draw digital lines to illustrate the space around you. The animation filters found on the AR app will allow you to change the original lines you drew and morph them into butterflies, hearts, glitter, and more. The digital artwork can then be applied to the photo or a seven second video capturing the physical space. 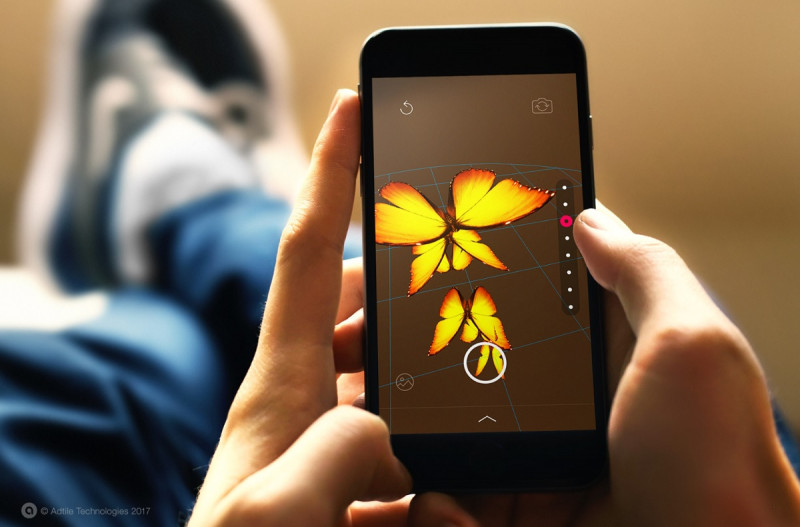 Another unique quality about the app is that the digital images move with you whenever you move the camera around, which can highlight different views in the video.

“We are adding artistic flair into something very abstract. The user doesn’t need to know how to draw in air. The app literally does the magic by itself. SpinMagic turns your space into playful masterpieces of self-expression.” said Nils Forsblom, founder of SpinMagic and Adtile Technologies, in a statement.

SpinMagic was developed using Adtile’s trademark software called MotionStack. It’s a JavaScript-based motion processing library that allows you to integrate motion and spatial computing into web and native applications using sensors found in smartphones. This is the component that allows accurate tracking in movement through the lens found on mobile devices.

You can download the SpinMagic AR app today on Apple iOS devices.