SpaceEngine Might Be The Most Accurate Universe Simulator In VR 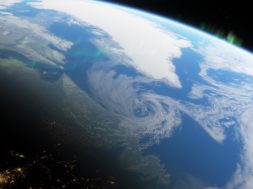 SpaceEngine Might Be The Most Accurate Universe Simulator In VR

Exploring space in VR is always a thrill. But what if we can explore the cosmos in the most accurate way possible? Well, that’s what Vladimir Romanyuk had in mind and has launched something called SpaceEngine for VR.

SpaceEngine is stated as a 1:1 scale science-based Universe simulator, featuring billions upon billions of galaxies, nebulae, stars, and planets, all shown at their full real-world scale. In the simulator you’ll have the chance to explore Earth and our neighboring worlds in the Solar System, orbit a black hole in a galaxy billions of light-years away, or visit anything in between seamlessly, with no transitions.

You can pick up SpaceEngine for both the Oculus Rift and HTC Vive on Steam. The VR simulator is currently available for $18.74.

tags: space vr spaceengine vr vr simulator
previous A New Level Coming For 'I Expect You To Die' In VR
next Is Shattered Lights The Scariest VR Game So Far?
Related Posts