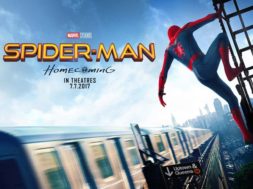 “Spider-Man is the most beloved superhero in the world, so we knew Spider-Man: Homecoming VR had to be something special. Fans can wear the suit, fire the new web shooters – THWIP! – and swing through the air in a faceoff with The Vulture. It’s every fan’s fantasy turned into virtual reality,” said Jake Zim, Senior Vice President, Virtual Reality at Sony Pictures.

Leading up to its in-home release, fans can experience Spider-Man: Homecoming VR at special events and select movie theaters worldwide, starting this weekend at select Cinemark Theaters in the US and at the Cine Europe tradeshow in Barcelona.