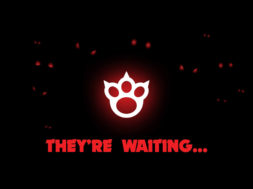 Have you ever wondered what the world would be like if it was consumed and dominated by fluffy teddy bears? Well, if you were one of the few individuals with interesting imagination such as this, then you should be ready for the Sneak Bears VR game.

This new VR title by WarDucks LTD takes you into an alternate dimension where our world is ravaged by evil teddy bears. Led by the evil mastermind bear Frank, they have seized control of a toy factory in which they are building an evil teddy bear army to take over the world.

You’ll be armed with weapons that can be controlled by your controller where you’ll be tasked to stop these fluffed bears and rescue the innocent Panda teddy bears that Frank (the evil teddy bear boss) and his minions have taken hostage.

Sneaky Bears will feature various challenges in 3 unique game modes using the weapons at your disposal. Weapons will range from freeze rays, water guns, to even a shotgun.

In the trailer above you can see that the battle takes place in their evil warehouse lair. Frank is quite distinguishable from the rest as he has an eye-patch over his eyes. There even seems to be a Frankenstein-type of teddy bear.

Remember, these aren’t regular teddy bears. They are armed to the teeth to come after you and defeat you as they are on a mission to take over the world. Sneaky Bears is available now on PlayStation VR and Oculus Rift for $19.99. The HTC Vive version will be coming soon.