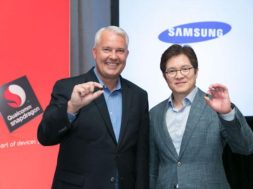 Snapdragon 835 was first reported at the end of last year where they listed vague information surrounding the latest chip by Qualcomm. But at CES, they look to demonstrate the strengths of the new flagship chip along with 5 prime components it’ll be tackling (battery life, immersion (VR/AR), capture (camera), connectivity (WiFi/LTE) and security).

They’ve already created the Snapdragon 652 chip that helps power and render AR in the Lenovo Phab 2 Pro. But with this new chip, it’s set to tackle even more.

Today’s generation of Smartphones rely heavily on battery life and processing power. Phones such as the iPhone and Samsung Galaxy are pushing the boundaries of what phones are capable of today. With the addition of Qualcomm Snapdragon 835, they promise to add an additional 2.5 hours of battery with 25% decrease in power consumption. 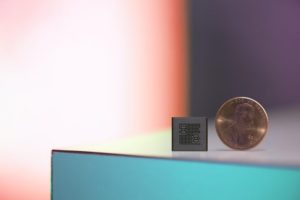 They have engineered the chip in a way where it takes up less room for bigger batteries to be stored in the latest smartphones. Coupled with the Snapdragon 835, the fast charging features on newer android phones will allow batteries to become less of an issue in the future.

The new chip looks to improve video and audio quality on smartphones with reduced latency down to 15 – millisceonds. This insures synchronization when using VR and AR features on the phone. It’ll have support for Google Daydream products and other phones in the future which uses virtual and augmented reality technology.

The Snapdragon 835 will help with zoom and stabilization in smartphone cameras. It’ll help auto-focus pictures with low lights and help capture images with more accuracy.

Biometrics is becoming more and more popular when it comes to security. With the use of the Snapdragon 835 chips, it’ll help render eye and face biometrics when it comes to accurate recognition of the user. It will also improve mobile payments and mobile banking that uses biometrics for security purposes.

The Qualcomm Snapdragon 835 will be releasing in the first half of 2017.