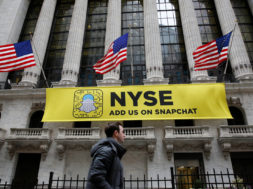 Just after yesterday’s news on Snap Inc.’s push for furthering their AR technology, the company has officially filed for its initial public offering (IPO). There were no official words on the terms of the filing but its been quoted by experts that the company can reach valuations of $20 to $25 billion. These are grand numbers compared to the recent IPO market.

For those of you that don’t quite know what an IPO (initial Public Offering) is:

An intial public offering is when a privately funded company offers stock to the public. IPOs are frequently issued by small companies that are maturing in the marketplace. For this instance, Snap Inc. is offering public stocks and shares to the company. You can literally own a piece of the company buy purchasing stock.

There’s been a lot of speculation to how the company will do in the future. Just like Facebook, when it first went public, there’s sort of a hesitation, yet yearning to own a piece of the pie. 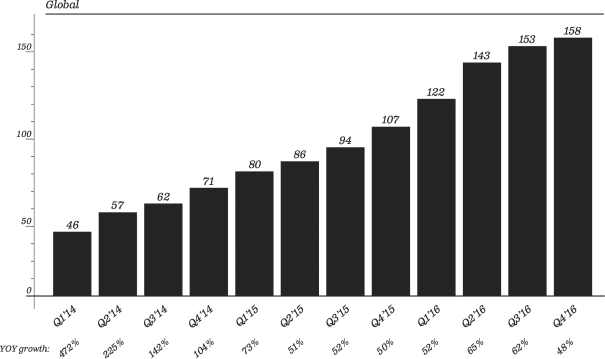 In it’s initial filings, Snapchat reached 1 million active users as early as 2012. In 2013, the company added the video feature which allowed users to send disappearing videos to their peers. in 2014, the company reached 50 million active users and implemented Snap Chat which allowed users to communicate amongst one another, responding to images and videos. It also released geofilters in the same year which started the movement of their AR technology. In 2016, they’ve created an astounding user base of 150 million people. They also released Group Chat along with their smart sunglasses called the Spectacles.

The company also listed some amazing numbers in 2016 with $404.5 million in revenue. The previous year Snap Inc. recorded %58 million which is six times the growth in a span of one year. According to the filings, they’ve managed to valuate how much a user is worth to the company. In United States they’ve reached $2.15 which is quite amazing considering their tremendous userbase. The app currently runs on Android and iOS devices.

The story of how Snapchat was first founded is quite interesting as well. Back in 2011, Stanford University Kappa Sig brothers Evan Spiegel and Reggie Brown developed Snapchat which was supposed to help their brothers post photos that would eventually vanish after it was viewed. Reggie Brown brought the idea to Evan Spiegel who had prior business knowledge.