SLIVER.tv Raises $9.8 Million In Series A Funding To Transform The VR Spectator Experience 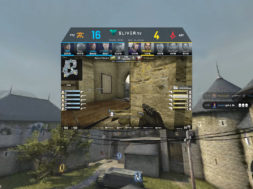 SLIVER.tv Raises $9.8 Million In Series A Funding To Transform The VR Spectator Experience

SLIVER.tv has just announced that they’ve successfully raised $9.8 million in Series A funding to continue transforming the spectator experience using 360 VR broadcast technology for esports. The Series A round was led by Danhua Capital, along with Heuristic Capital Partners and ZP Capital. With total funding of $17.5 million to date, the Series A round was also participated by SLIVER.tv’s existing seed investors, including DCM, Sierra Ventures, The VR Fund, Samsung Next Fund and Sony Innovation Fund.

“I’m thrilled to welcome Danhua Capital, Heuristic Capital Partners and ZP Capital to the SLIVER.tv family,” said Mitch Liu, Co-Founder and CEO of SLIVER.tv. “Our platform today enables our global fans to connect and truly experience esports in a whole new perspective.  We’re on the cutting edge developing the next-generation live streaming technology, and this new funding will accelerate our R&D investments in machine vision, artificial intelligence and virtual reality.”

Today, SLIVER.tv provides a unique technology that embeds virtual cameras inside the top esports game such as Counter Strike: Global Offensive to capture the 3D game world in full 360 VR from any point of view. In a virtual world, the camera can be adjusted so that you have your perfect viewing angle and have the freedom of movement within that virtual space.

“We are very excited to partner with SLIVER.tv.  Mitch and his team are fundamentally transforming the live spectator experience for global esports fans with their patented video streaming technology,” said Dovey Wan, managing director of Danhua Capital. “Together with a new interactive engagement model, 360 esports content, and a novel incentive model for streamers, tournament organizers, and esports fans, we firmly believe they are ready to disrupt the industry with their next-gen multimedia entertainment platform.”

You can download the app today for mobile devices on Android and iOS. They are viewable through mobile VR headsets such as Samsung Gear VR, Google Cardboard and Daydream.