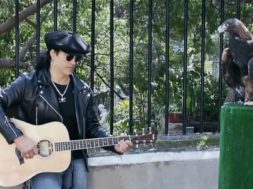 On May 20th, LA Zoo is hosting their 50th Anniversary Party in conjunction with their 47th annual Beastly Ball, where they will be broadcasting a live VR concert headlined by Slash, Guns N’ Roses guitarist.  Joining him will be special guests Jack Black, Grace Potter and Bernard Fowler, who will be backed by Jimmy Vivino and The Basic Cable Band from the Conan O’Brien Show. The performance will take place at the zoo, and the live feedback will be streamed in virtual reality, where fans can watch behind-the-scenes footage as well as Slash’s interview and rehearsal. The show is produced in partnership with Citi, Live Nation and NextVR.

The live VR content will be available on a Google Daydream or Samsung Gear VR headset, along with a compatible smartphone, by downloading the NextVR app from the Oculus store for GearVR or the Google Play store for Daydream.

“With our friends at Live Nation and Next VR, we continue to push the boundaries in the music space to bring fans unprecedented access beyond attendance,” said Citi’s Jennifer Breithaupt, managing director, media, advertising and global Entertainment, in a press release. “With virtual reality, we can bring fans in for an unparalleled experience with their favorite artists and we couldn’t be more excited to kick off our concert series with Slash and friends.” 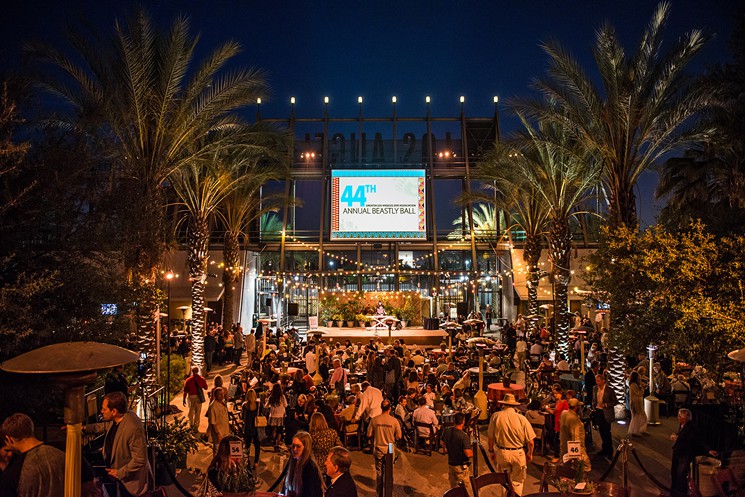 Slash, a Greater Los Angeles Zoo Association Board Trustee and a longterm animal rights activist has worked on having worked on behalf of the International Fund for Animal Welfare and Animal Asia. A true animal lover, Slash also collects exotic reptiles.”I’m honored and proud to be a part of the L.A. Zoo’s 50th Anniversary Beastly Ball,” said Slash. “It’s going to be the biggest yet, and I’m really looking forward to jamming live with some good friends.”

Concert profits will benefit the The L.A. Zoo’s new Species Conservation Action Network, that identifies and responds to urgent animal conservation issues globally. Beastly Ball guests are invited to dress in safari casual attire, stroll through the Zoo during a rare after-hours visit observing its inhabitants, watching animal feedings, chatting with keepers, viewing small animals up close. The ball will feature sampling fine cuisine from some of the best restaurants in town, and bidding on silent auction items. The evening’s grand finale will Slash’s exclusive performance under the stars.