Skyrim VR by Bethesda has come roaring into the gaming world with its release last week. Many gamers and VR enthusiasts have been garnering the re-launched title as one of the best experiences so far for the PSVR.

In fact, Skyrim VR is so hot right now that it has outsold the Nintendo Switch version in the U.K. according to GfK Chart Track. It ranked in as the 19th hottest selling game last week in the U.K., outselling AAA titles such as Destiny 2, Overwatch, Skyrim for Nintendo Switch, and many more. 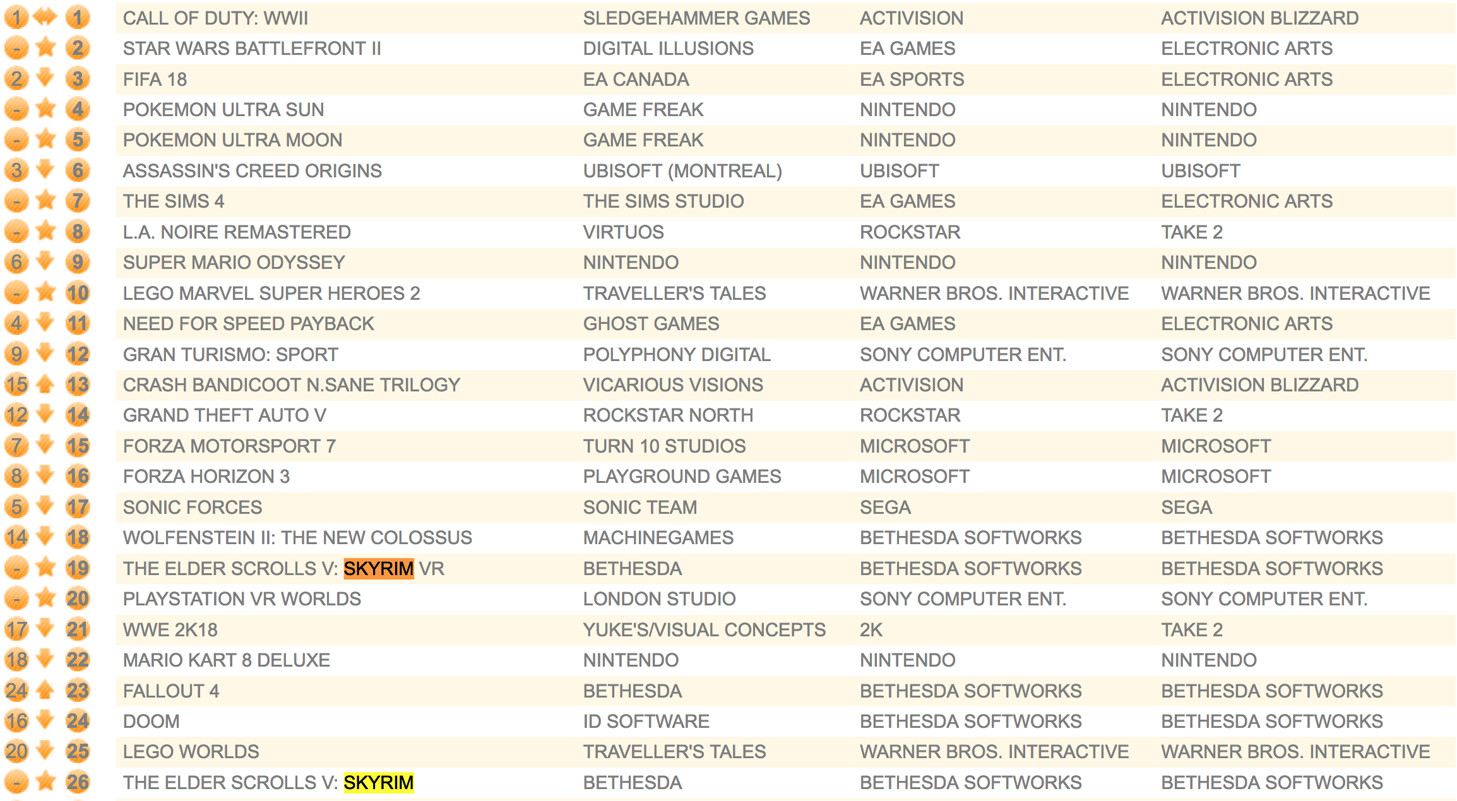 PlayStation VR has been one of the fastest selling HMDs this year and is on track to sell a lot more during the Black Friday Sales this month. If you’re interested in a PSVR headset, now will be the best time to get your hands on the HMD as the Black Friday deals are quite good right now.

Some of the deals you find will come bundled together with a copy of Skyrim VR, the PSVR headset, the move controllers, and the PS motion tracking cameras.