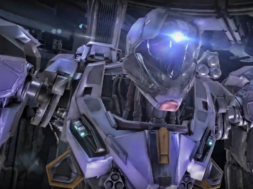 Today’s the start of E3 and what better way to announce the first bit of news than talking about VR! Today, Skydance Interactive announces an original VR title called Archangel.

Archangel takes place in a post-apocalyptic America as players suit up in the cockpit of a six-story war machine to stop an evil corporation from taking over the country. Archangel is the first VR game from Skydance Interactive and it will officially launch in July for an exclusive two-week window on PSVR before it releases on other platforms.

Drop into the cockpit of a six-story war machine in Archangel, the first original title from Skydance Interactive. In this action-packed, story-driven shooter, you and your squad are the last hope to stop a tyrannical corporation from controlling post-apocalyptic America. Archangel delivers state-of-the-art VR gameplay with detailed graphics, engaging narrative, and explosive action.

Skydance Interactive is the interactive entertainment division of Skydance Media, a film/TV production company responsible for films such as World War Z and Star Trek Beyond.

In the trailer you can see how it takes place in a desert in a post-apocalyptic world. You’ll be battling in Gundam like suits to take down your enemies and save the remaining world. Personally, I love mech suit games so having a VR title like Archangel is quite exciting.

The game will be exclusively released first on PS VR for two weeks. Then it will get a release on the major platforms such as Oculus Rift and HTC Vive. We’ll be meeting with the team later today to deliver more news so stay tuned!