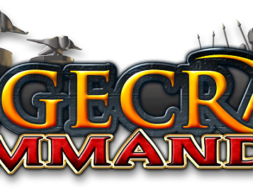 Siegecraft Commander offers a diverse level of gameplay as you must craft uniquely designed towers to beat your foe. While the game was a rather good experience, there are flaws of controls that makes it difficult and frustrating at times.

In the past few months, there’s been a more diverse genre of games that have released in VR. Developers have been pushing the boundaries and experimenting on mixed genre games that have yet to be tested in virtual reality. Recently, an Australian based company called Blowfish Studios came out with a game called  Siegecraft Commander for Xbox One, PlayStation 4, PC, HTC Vive and Oculus Rift. This particular game is like a mix of a turret defense game with the Clash of Clans due to their unique style of animation and gameplay.

In Siegecraft Commander, the goal is to eliminate your foes by crafting medieval fortresses and armies. We tested the game on the HTC Vive to see how it held up in virtual reality and here are some of our thoughts.

The game itself is quite unique in that you have variations and options to winning a game. As mentioned, you can build fortresses and towers that have unique characteristics. Some towers attack nearby enemies while other towers dispel magic to nearby foes. But to craft these towers you must have them linearly linked together with a wall. With the use of the Vive controllers, you have the ability to launch these towers in any direction you want as long as they don’t interfere with the environment. You can’t build towers through rivers, trees, cliffs or existing structures. They must be aligned in plain sight without disturbing the existing landscape.

What we found difficult about creating these towers was that the game didn’t offer an easy way to re-position yourself. In Siegecraft Commander you must spin the board toward your direction to correctly align where the next tower will go. Sometimes, you would misclick and the tower would appear in an area you didn’t want it to. Other times, the game would reset itself for some odd reason when you’d try and spin the board. But when it worked, the gameplay was fantastic and entertaining. Having the ability to craft offensive towers to beat foes was something our team wasn’t familiar with. So with a new style of gameplay we had fun a lot of fun experimenting in Siegecraft Commander.

Another component of the game was crafting towers that’d release troops to combat your enemy. Your army spawns automatically from the tower and charges towards the nearest opponent. So you would have to strategically place and design towers in areas to combat the enemy troops. This involved a lot of strategy and critical thinking on how to take down your counterpart on a given map. I personally love strategy games and if your into that certain genre, this game will do a good job in entertaining you for hours. 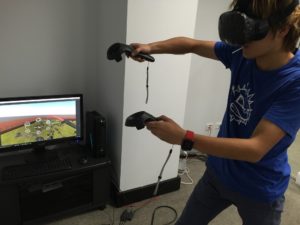 The game was challenging from the very beginning (which I like). At the very start, Siegecraft Commander will walk you through a tutorial on how to play the game. They show you how to craft certain towers, place the said towers and how to create structures that release troops to combat your foe. After that point, you are given the reigns to build and craft you army however you like. However, the game punishes you when you aren’t prepared. I learned quickly that without the right towers, your fortress will come crumbling down rather quickly. You must be aware of the enemy’s flying units and their positioning throughout the map. If you are weak on one side, you will likely lose that portion of the map. 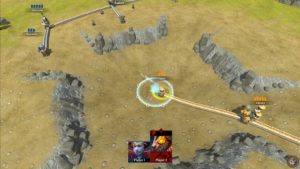 The design of the game is very pleasant. As mentioned earlier, the characters and buildings resemble Clash of Clans. They have a cartoonic figure that doesn’t make them look too menacing but at the same time they display this weird charismatic look. The towers are designed with in-depth detail which makes the game stand out even more.

The building of structures is fluid and doesn’t appear to have any lag. Even with all of the different things going on in the game, you won’t have to worry about losing frames. And with this reason, it’s rather nice to play the game in VR. The game does a well job in maintaining a level of quality where you don’t experience motion sickness. Siegecraft Commander holds up nice on the HTC Vive.

Overall, we’d give this game an 8 out of 10. It did a nice job in crafting a fun experience on the HTC Vive. But there are some hurdles to overcome before people can experience a full depth of gameplay with Siegecraft Commander in VR. We recommend Vive and Rift owners to try it out for themselves to experience this fun quirky game!