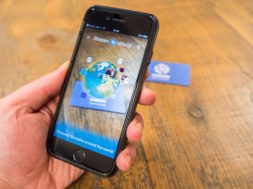 Shazam is a well-established app company in the eco-system where their solution provides names to artists and songs by simply hearing a snippet of the music. The company is respected by millions and used quite frequently by smartphone users around the world. Today, Shazam has announced the launch of a massively scaled augmented reality platform which will help serve brand partners, artists and hundreds of millions of global users.

This new augmented reality platform will help bring marketing materials to life by incorporating digital images into a physical environment. AR is primarily used to create immersive interactions between the virtual and physical world, which in this case, will be experienced through your smartphone.

“We knew we were on to something big when we released visual image recognition in 2015,” said Shazam CEO Rich Riley. “With the rapid rise of augmented reality, it is a natural evolution for Shazam to be a first-mover in delivering AR at scale.”

Shazam has come up with a simple, but ingenious way to launch the digital images in the physical world with “Shazam Codes.” All you would need to do is scan the code using the app and certain marketing materials will digital pop up. When this is accomplished, you’ll experience digital animations, product visualizations, mini-games, and 360 videos in AR.

During the launch process, Shazam will be partnering up Beam Suntory Inc. to create enticing AR experiences with product placements such as tequila for those that are legal of age. You’ll experience interactive memory games, co-branded between Beam and Shazam.

“We are excited to collaborate with Shazam on the launch of their augmented reality in-app functionality,” said Michelle Cater, Beam Suntory’s Senior Director of Commercial Marketing. “With more than 150 years of experience producing premium tequila, we have constantly innovated throughout the years to reach consumers in new and exciting ways. This breakthrough technology offers an accessible, immersive platform with which to engage in a rewarded gamification experience at the point of purchase leading up to Cinco de Mayo. Sauza® Tequila and Hornitos® Premium Tequila should effectively break through the Cinco de Mayo advertising clutter thanks to this exciting partnership.”

The particular Shazam AR app was created in partnership with Zappar, one of the leading mobile AR developers. They created the technology in AR code-scanning for Shazam.