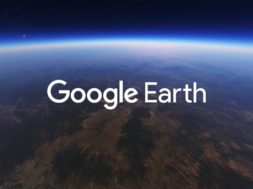 People who live in the continental U.S. is about to be given a treat as the moon will be passing over the Sun at an angle where we get to see a total Solar Eclipse. This rare occurrence will be taking place on Monday, August 21, 2017.

The last time we’ve seen a total Solar Eclipse over the continental U.S. was back in 1979 when Jimmy Carter was still the president. For those of you anxious to see the Solar Eclipse prior to Monday can do so by using the Google Earth VR app.

Through the use of the Oculus Rift or HTC Vive, you can hop on to the Google Earth VR app and access the menu section where you can select “Total Solar Eclipse” for free.

By doing so, you’ll be able to see the sun completely blocked off by the moon from any city you want in the world. Google has done a great job in implementing this feature and giving us a taste for what’s to come on Monday during the special event.

While the total Solar Eclipse will be passing by the continental U.S., only a fraction of the states will be able to see it in totality. The path of the solar eclipse will start from Salem, Oregon and travel it’s way to South Carolina.

Timing of the Total Solar Eclipse:

Also, to view the Solar Eclipse in real life, make sure to wear protective lenses that can shield the harmful rays. While you can do so in virtual reality, that same can’t be said in real life. So make sure to not look straight into the Sun as it can be quite blinding.

If you are heading to one of these states make sure to travel safe and take photographs with correct lenses that can capture the Solar Eclipse!