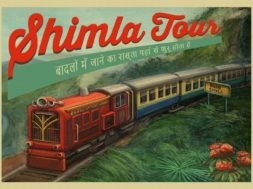 I Expect You To Die by Schell Games is a well-received VR experience by the community. Players in the game set out on an adventure as an elite secret agent where you must solve riddles and puzzles in the virtual realm.

Players have to attempt to survive deadly situations in immersive and dangerous locales. You’re armed with telekinetic abilities where you must stop Zoraxis, a nefarious global weapons and pharmaceutical corporation. Schell Games has also released a new DLC today called I Expect You To Die: First Class which takes you on an  all-expenses paid vacation to Shimla, high in the mountains of India.

Players will be whisked away on a luxury train, where you’ll enjoy majestic views and first class service. You’ll also meet interesting people and savor exotic delicacies. The new DLC is free for all current and future agents of the game.

In the trailer you can see that you’ll be aboard an extravagant train called Shimla Luxury Express where you’ll be sitting first class. But you’re definitely in for a surprise if you believe that this will be an ordinary trip. Rather, you’ll be finding out some hidden mysterious aboard the luxury express high up in the alps.

I Expect You To Die: First Class is available on all major platforms for $19.99. This includes the Oculus Rift, HTC Vive, and Playstation VR. The new DLC releases today so if you own the copy or are thinking of purchasing the game, make sure to check out this new mission.