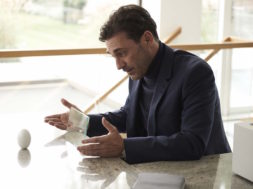 A patent filed on January 31st 2017, may show us Samsung’s plan to incorporate AR technologies in their offerings to consumers. The patent describes:
“A device and method for processing an image in a device having a camera is disclosed. A motion vector of an unwanted object in preview frames of the desired image is identified. A photographing interval in accordance with the motion vector may be set. Continuous frames of the desired image may be photographed in accordance with the photographing interval. The unwanted object is removed from the desired image.”

Now that sounds like a lot of legal mumbo jumbo to me (because that’s what patent’s are) but this can be easily depicted in these simple diagrams attached to the patent: 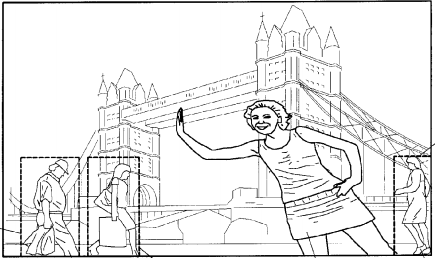 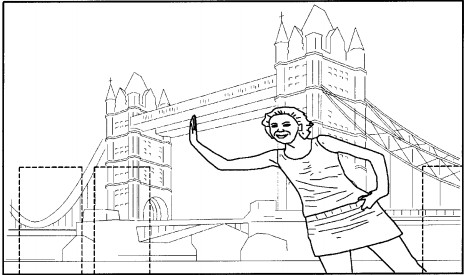 Basically, the device claimed in the patent will identify the passersby as “unwanted objects” and removes them from the end result. How does it do this? As stated in the patent abstract, the device will track the “motion vector” of the “unwanted object” and continue photographing until it can generate a “desired image”
More steps in the process can be seen in the full diagram below:

So… What are we looking at? What are the applications? Obviously it will make it easier to prevent photo bombs when you take selfies.

But I am more interested (read: terrified) about the fact that this device is the intellectual predecessor of the tech we see displayed in an episode of the Netflix series Black Mirror; White Christmas

{SPOILER ALERT} In the episode, John Hamm’s character is sentenced to be “blocked” from interacting with other people. After being sentenced, Hamm exits the police station and walks through a crowded public place, but when he looks at people’s faces there is simply a blur and where there voice should be, only a muffled sound. It’s creepy stuff folks. {END SPOILER ALERT} …but seriously if you haven’t binged Black Mirror yet, do yourself a favor and call into work tomorrow.

Really. The patent that Samsung claimed is just one in a series of many patents that will lead the science fiction fantasy of Black Mirror to become our reality. If they can put the tech into your new Samsung smartphone, or iPhone (since its clear that Samsung will continue to be supplying Apple in the foreseeable future).

If they can put the tech in the iPhone or Galaxy, then its only a matter of time until it goes into Microsoft Hololens, or (here it comes) in a contact lense!!
Heres the thing.. guess who filled a patent for a camera in a contact lense? Yup. Samsung (filed in Korea). 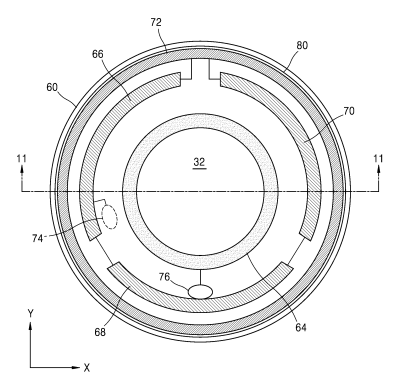