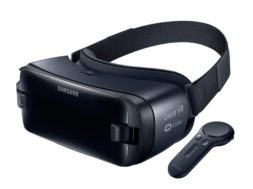 Samsung has just revealed their new Gear VR bundle during MWC 2017 (Mobile World Congress) which bolsters the new addition of the Gear VR controller. Similar in concept to Google Daydream, it’ll come with a singular controller that can help support the immersive environment in VR. The touchpad towards the top will be used to control movement. There are four buttons below that which will help with navigation. On the backside of the controller is a trigger which will be used in various functions. 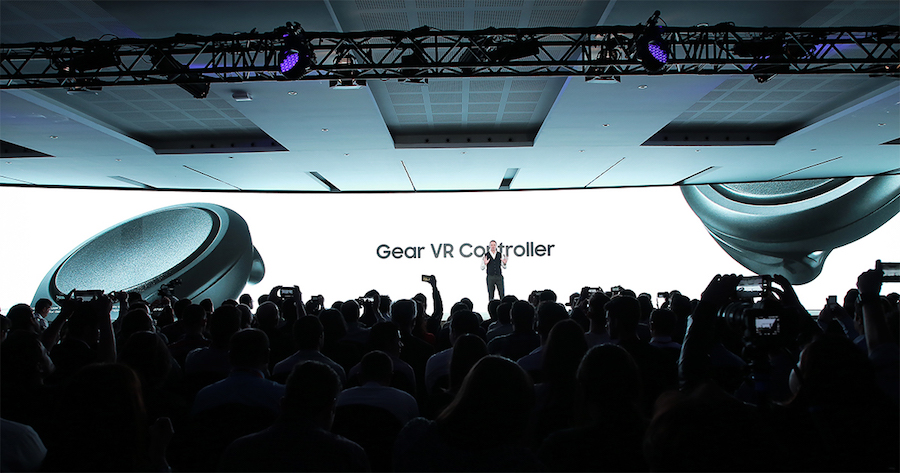 Younghee Lee, Executive Vice President of Mobile Communications Business, Samsung Electronics said in a statement, “At Samsung, we are focused on setting and exceeding the standard for VR experiences, making them even more accessible and delivering the highest in quality. The Gear VR with Controller expands our VR ecosystem to help consumers get more engaged and immersed in VR content – whether it’s games or videos.”

We have learned that the Samsung Gear VR along with the new Controller will support both micro USB and USB Type-C port with a converter in-box. The Gear VR will come equipped with a strap on the headset to hold the Controller when it’s not being used.

Oculus has announced that there will be 70 compatible titles coming with the launch of the new Gear VR bundle.

We’ve got an amazing lineup of controller-compatible content coming, with more than 70 new controller titles already in development. All of your existing touchpad apps will be compatible as well, which means that the 550+ existing Gear VR apps will be ready from day one.

Oculus will be opening up the Gear VR controller SDK to all developers in a few weeks so they can start building experiences for the upgraded platform. You can register today to submit an SDK and Gear VR controller hardware request.

Below are the specific dimensions and specifications:

With the introduction of the new controller Gear VR users will no longer have to rely on the touchpad located on the side of the headset. The phone will be compatible with the upcoming Samsung Galaxy S8. There are no words yet on the release date for the new controller.