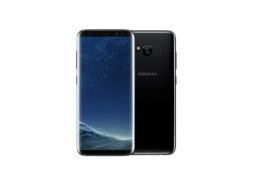 While Samsung is still recovering from the devastation that occurred with their exploding Note 7 smartphones, the Galaxy S8 seems to be flourishing.

Tim Baxter, the President and COO of Samsung Electronics America, stated in an email to media outlets that their pre-sales for the Galaxy S8 and S8+ were up 30 percent compared to the previous Galaxy S7 model in 2016. Samsung stated in the past that the S7 was the best pre-launch they’ve had with a smartphone and the S8 seemed to be able to overcome those numbers.

Baxter didn’t provide any concrete numbers behind the Galaxy S8 and S8+ pre-orders but the company seems to be coming back on track. The earliest we’ll get a glimpse of numbers will be during the quarterly financials in July.

The Galaxy S8 and S8+ seems to be getting high praise by consumers and reviewers alike. They’ve been enjoying the capabilities of the new smartphone and it’s usability for mobile VR experiences through the Samsung Gear VR headset.

The only complaint about it is the “red tint” that’s been affecting the coloring on the LED screen. Samsung has noted that they’ll be releasing an update to fix this issue that’s been occurring for some users.