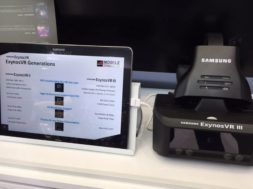 There’s been a lot of movement within the VR industry for companies to create and launch their own all-in-one VR headsets. Alongside the announcements of Google, HTC, Lenovo, Microsoft, Dell, Acer, HP, and 3Glasses is now Samsung with their ExynosVR III standalone headset. 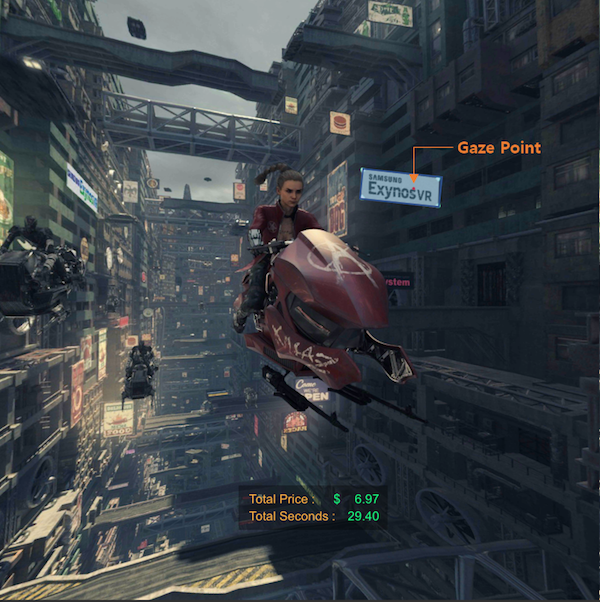 Some of the highlighted specs for ExynosVR III includes Makli G71 MP20 GPY and a M2 Dual 2.5GHz CPU. It also shows that it supports 4K resolutions at 75fps with Wide Quad High Definition (WQHD) at 90fps.

The design itself for the headset looks quite distinct from any other headsets currently on the market. At the front there appears to be a glossy glass finish with a camera mounted behind it, most likely used for inside-out tracking. There also seems to be 4 sensors right beneath that. On top of the headset seems to be some sort of fan or ventilation to cool the hardware.

Visual Camp has also confirmed that ExynosVR III will include hand-tracking, voice recognition and even facial expression recognition. This comes as expected as Samsung was just about the only tech hardware manufacturer to hold out on an all-in-one design for a VR headset.