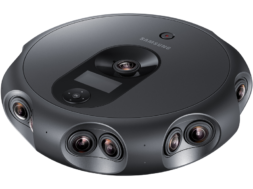 Samsung has announced a new camera called 360 Round. This product was designed for developing and streaming high-quality 3D content for specialists and enthusiasts who require a higher 360 camera and VR capture. The announcement was made at Samsung Developer Conference (SDC 2017) this afternoon.

The 360 Round uses 17 lenses and eight stereo pairs positioned horizontally and one single lens positioned vertically to livestream 4K 3D videos with spatial audio. This allows users to output superior quality content at an instant.

The new camera features IP561 water and dust resistance for use in everyday weather conditions and is also fanless, which reduces weight. The Samsung 360 Round uses a uni-body chassis designed which is designed to reduce heat, removing the need for a cooling fan and minimizing size and weight. The compact design helps eliminate excess noise and reduce power consumption for hours of continuous shooting. This is quite exceptional considering they created a high-end product that isn’t going to overheat without a fan. 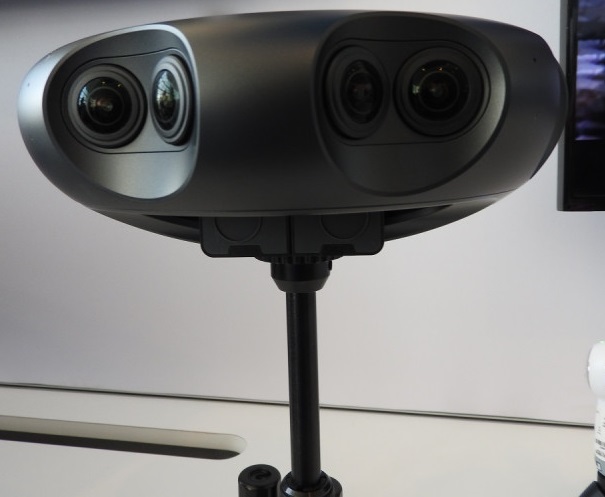 “The Samsung 360 Round is a testament to our leadership in the VR market. We have developed a product that contains innovative VR features, allowing video producers and broadcast professionals to easily produce high quality 3D content,” said Suk-Jea Hahn, Executive Vice President of Samsung Electronics’ Global Mobile B2B Team. “The combination of livestreaming capabilities, IP65 water and dust resistance and 17 lenses makes this camera ideal for a broad range of use cases our customers want—from livestreaming major events to filming at training facilities across various industries.”

Samsung also stated that their technology in the product will allow for low latency output when you have good internet connection. The Samsung 360 Round is rumored to cost $10,500.