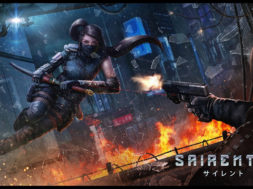 Sairento VR is a popular VR game on steam that allows you to blast away at enemies while also manipulating time. As a matter of fact, Sairento VR was listed as one of the top selling games on Steam in 2017 with an estimated user base of around 32,000+. But while they were looking forward to coming out of early access on Steam, the development team has put a halt on that decision.

In an open letter to the community, the Sairento VR team has stated they had some “good and bad news to announce.” The team announced that they have published a long overdue Quickstart Manual for new Sairento players and a series of more comprehensive guides for those who are interested in relic stats and skills.

The Quickstart Manual can be found here – http://store.steampowered.com/manual/555880

The more advanced Guides can be found here – http://steamcommunity.com/app/555880/guides/

As far as the bad news goes, they have stated the following:

“We are very very very very sorry but we have decided to push back the exit from Early Access until 6 February 2018 and with it the Campaign Mode for the following reasons.

In short, we could bring the game out of EA with the faults we are seeing, or we could give it a little bit more time and give you a much better game.

This also impacts our launch on Oculus Home which may come a little later as we need to spend more time testing the game on the platform.

We would like to apologize unreservedly and sincerely for the delay, but know that it is for a good reason and we are working round the clock to bring you a great experience.

We hope for your kind understanding.”

To make up for the delay, they will be releasing a big update to Sairento VR on January 19th which was scheduled as the original full release date. In the update there will be various features and upgrades.

We look forward to seeing the full release of Sairento VR on February 6th, 2018. The game is available today for $29.99 and can be played on both the Oculus Rift and HTC Vive.