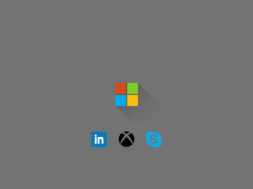 Is Microsoft really looking to acquire the mega-giants in the gaming industry, EA and Valve? Well, according to sources at Polygon who have close ties to Microsoft, that might in-fact be true.

Microsoft is known to gobble up giant tech and gaming companies. If you look at their portfolio, they currently own IPs such as Minecraft (acquired for $2.5 billion), Skype (acquired for $8.5 billion), and LinkedIn (acquired for $26.2 billion). On top of that, they own Xbox. So, would it be too farfetched to think that Microsoft can acquire other billion dollar companies such as EA and Valve?

Joost van Dreunen, CEO of SuperData Research doesn’t think so. “Because of where we are in the lifecycle of all these things, I’m expecting to hear Microsoft announce something very, very shortly,” said van Dreunen to Polygon. He believes that there are too many things aligned at Microsoft to not make a large acquisition.

In addition, Phil Spencer was promoted to Executive Vice President, Gaming which gives him more leverage to pull the acquisition levers. And under CEO Satya Nadella who made the big acquistion of Minecraft back in 2014, we can see this becoming a possibility.

And on top of the two giant gaming companies, Microsoft is also rumored to be checking out PlayersUnknown’s Battelgrounds, which is one of the hottest selling games right now. PUBG is already a timed exclusive for the Xbox and Microsoft might be arranging deals to acquire the whole game and PUBG Corporation, a subsidiary of Korean gaming company Bluehole.

Microsoft has a big IP coming out soon called Sea of Thieves by Rare on March 20th as well. We look forward to seeing how Microsoft will change the dynamics within the video gaming industry.