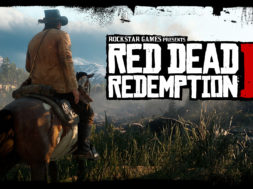 Rockstar has been ramping up their buzz around some of their upcoming titles recently including their hit franchise LA Noire which will be making its way to VR in November. Today, they seemed to have further good news, releasing their official trailer for Red Dead Redemption 2.

Sequel to the original title, Red Dead Redemption 2 is an epic story of outlaw Arthur Morgan and the Van Der Linde gang as they rob, fight and steal their way across the vast and rugged heart of America in order to survive.

The game’s vast and atmospheric world will provide the foundation for a brand new online multiplayer experience, according to Rockstar Games. In the trailer you can see some of the beautiful graphics and scenery the Red Dead Redemption 2 will provide. Along with their fantastic storytelling, the game will also feature some amazing voice actors.

Rockstar Games has stated that Red Dead Redemption 2 will be coming this Spring to PlayStation 4 and Xbox One X. This may include the Xbox One as well. There are no words yet on its availability for the PC.

If you’ve played the first Red Dead Redemption, you know how epic the story gets. Make sure to keep your eye out for this one. For those that can’t wait, you can pre-order the game today on Rockstar, Best Buy, Wal-Mart, Target, or Gamestop.

There is no further detail on the storyline or gameplay so make sure to stay tuned as we deliver the latest news.