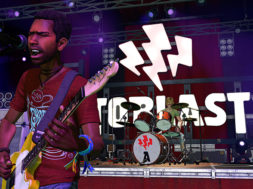 RockBand VR launched yesterday on Oculus and it seems like virtual reality may be just the ticket to revive a forgotten franchise, with the potential to become a breakout hit.

RockBand’s interactive, story-based experience takes users from the struggling garage band stage to total rockstar sensation. All you need to do is put in the blood, sweat, and tears! A little (ok, A LOT) more intensive than its classic version, RockBand VR is all about feeling like you’re actually performing in front of sold-out crowds, becoming the next Rolling Stones. 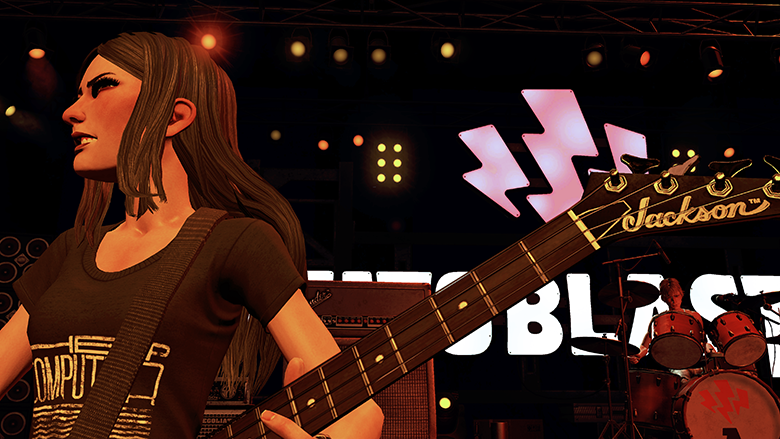 “To bring the experience of Rock Band into VR, we had to completely reinvent our core gameplay—and it ended up totally exceeding our expectations,” says Creative Lead Greg LoPiccolo. “RBVR feels more like the actual experience of being live onstage than anything I thought was possible. The idea that players can craft their own guitar parts in real-time is kind of mind-blowing. Laying down solos in RBVR is one of the most satisfying things I have ever done in a video game.”

Although it’s entirely possible to play RockBand VR in the classic “note highway” from its earlier version, we can’t help but wonder why anyone would want to.

Looking out at a captivated audience from onstage, players appeal to a crowd whose eyes follow their every move. Mastering the chord combinations is the foundation of success in RockBand VR, but the more of a stylized performance the user puts on, the crazier the crowd gets, and the score soars. We’re talking head-banging, strutting, or whatever else may evoke “moves like Jagger”.

“Rift’s integrated audio does a phenomenal job of spatializing the sounds around you for a legit onstage experience,” says Lead Composer/Sound Designer Steve Pardo. “If you teleport around the stage, the mix shifts to accommodate your new position—it’s an amazing illusion. It really feels like you’re there, with the crowd in front of you, the drums behind you, and your amp cranked to 11.”

With 60 tracks, killer set lists, leaderboards, and more, users are in for a real sensory treat.

Rock Band VR requires Oculus Touch, the included connector, and a compatible Rock Band 4 guitar controller, which can be purchased on Amazon today for $69.99. Get in touch with your inner-rockstar.