Robo Recall Is Now Available On The Oculus Rift 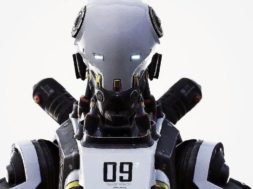 Robo Recall Is Now Available On The Oculus Rift

There’s no better way to experience the power of VR than through awesome content. We’re excited to announce that Robo Recall, the brand-new VR shooter from award-winning Epic Games is now available for free with Touch!

This is breaking news as Robo Recall is the first true AAA VR game available in the virtual world. If you have yet to purchase the Touch controllers, you’re in luck because Oculus has just announced a $100 price cut on the motion tracked controllers.

Oculus has endeavors in paving the way in the virtual world and the company is taking big steps in becoming the pioneers of the industry. With this sudden price drop and availability of Robo Recall, it seems that Oculus wants to take big grounds in the current market and limited availability of quality content. In an open letter, Jason Rubin touched on the subject of VR content and storytelling. He stated the following.

High-end VR has been out in the wild for over a year now, and the number one question I’ve received since Rift launch is, “What’s the killer app going to be and when does it arrive?” I always give the same answer: No one could have predicted that Mario or Halo would be the definitive games in their era. Nobody could predict how loved they would become or how big an impact they would have in pushing their respective hardware platforms forward. They were the right games, at the right time.

I can’t say for sure that this year’s line-up is going to have VR’s World of Warcraft or GTA, but with every new release, and with every new discovery, VR gets closer to finding its killer app. For that reason, Oculus has been the single largest investor in the VR ecosystem from the start. On both PC and Mobile, we’ve used investment in software development to push the market forward. Many titles that benefited from that investment sit in other stores and on other platforms today. Everyone benefits.

The quality and depth of VR games will continue improving and at a faster pace. What we’ve seen so far has come from developers working on brand-new tech, under time and budget constraints, without an established language for gameplay, or even de facto ways of doing UI.

In traditional game development, a mid-size title can take anywhere from one to two years to create, and the typical AAA game today takes a minimum of two years to make and averages three years or more.

We have to remember that as of this GDC, our developer community has had dev kits in their hands for less than two years and has only been able to get feedback from consumers about what they’re doing for a year. With that frontier style development behind us, and with second-generation development and informed design taking place, the sweet spot for developers to create breakout hits opens. Some of these titles will become perpetually loved VR series that are with us for generations.

We’ve definitely been impressed with VR’s first wave of content, there’s no doubt about that. From The Climb and The Unspoken to Chronos, SUPERHOT VR, and so many more. These titles now exist in our store library and a new player has instant access to this large catalog of great entertainment. But in 2017, we’re going to see things take off as titles get closer and closer to to the AAA games everyone desires.

Game developers exist in an ecosystem of shared ideas. They learn, borrow, and grow from each other to bring the most boundary-pushing content to market. Every time a studio launches something groundbreaking, that’s fantastic news for the community. It means there’s something even better coming right behind it. That’s where VR is right now.

This year, we’re excited to be able to launch an Oculus Studios title almost once a month on PC alone. Add to those releases the dozens of organically funded titles coming to the ecosystem and it’s just a great time for consumers to get into PC VR. We don’t know what the killer game or app will be, but everyone will have a great time in the vetting process!