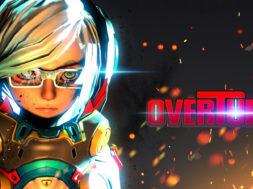 For those of you interested in a high-octane puzzle action game, there would be no better choice than Overturn. You'll instantly be faced with annoying puzzles where once you solve the riddle, you instantly feel relieved and become overcome with joy. You'll also be enthralled with action-packed adventures that will place you at the edge of your seat.

Overturn is a recently launched VR title that mixes the elements of strategy, puzzles, and FPS adventures in the virtual space. The game takes place after the downfall of Beholder Industry during its struggle to take over media and the internet. Realizing that it can’t simply control the open media spectrum to rule the world, they began experimenting in mind control technology.

Although Beholder Industry didn’t succeed with the development of the new technology, the conglomerate somehow got its experimental subjects to develop various psychic powers ranging from conjuration to teleportation. For the failed subjects, Beholder Industry erased their memories and had them killed… besides one. Your mission as a human prisoner and a test dummy for Beholder Industry is to try and escape from their prison with the help of the sole survivor who is known as the MAGI.

OVERTURN offers players a wide array of weaponry and other techniques to defeat your opponents. You’ll have the option of choosing from weapons such as beam rifles, energy swords, grenades, mechanical robots and even bare fists to destroy any active threats to your freedom.

Beyond the wide range of weapons, players will need to stay nimble with quick reactions and focus to dodge incoming projectiles and return fire at the enemy. One of the things we enjoyed while playing the game was being able to dual wield the energy swords which makes it easier to kill your enemies. Overturn also makes it pretty simple to switch from one weapon to the other which we enjoyed. Having quick transitions in VR is a welcoming feature that makes gameplay a whole lot easier. 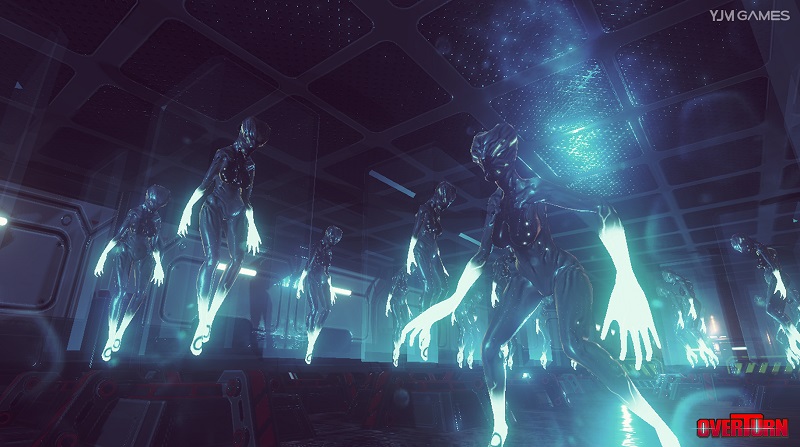 Your mission as a human prisoner and a test dummy for Beholder Industry is to try and escape from their prison with the help of the sole survivor who is known as the MAGI. From the beginning of the game you’ll have to identify your environment and move towards your next objectives. There will be helpful guides with text bubbles and butterflies that guide you to your next waypoint. You’ll also find glowing icons which help you move on to the next objective which was a great feature. 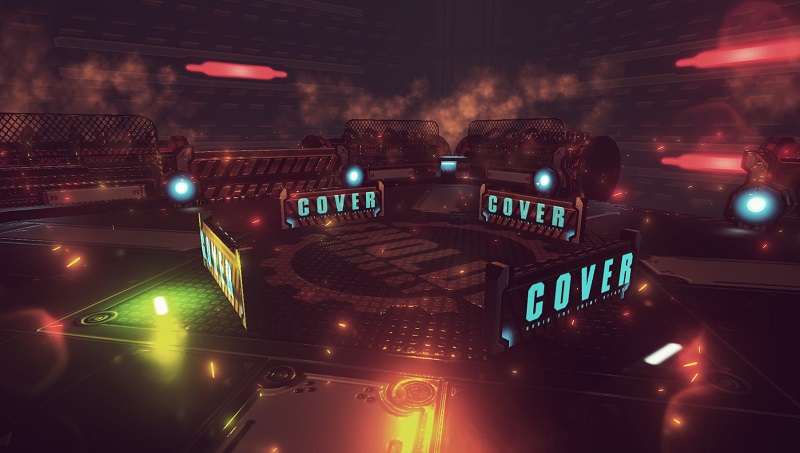 Throughout the game you’ll quickly start to realize that Overturn is a blend of creative animations with deadly enemies who are out to stop you at all costs. You will have many roadblocks ahead of you as you must solve various puzzles in order to make progress in the game. From opening certain doors to activating your next objectives, you will have to use your wits to continue the story. On the way, there will be various enemies stopping you. You will find that some enemies are easier to kill than others and you will find some alien looking creatures that can be quite scary.

A neat aspect about Overturn is that they offer both teleportation and locomotion movement in the game. So you’ll have the ability to choose your preference by simply changing the settings in the option menu.

In addition to facing enemies within the single player campaign, Overturn will be launching an in-depth PVP multiplayer functionality which will be free for all players. This will be offered as a free update soon within the coming weeks. The devs will add two PvP multiplayer game modes to the game. The first one will be free-for-all, a 1:1:1:1 PVP which allows up to 4 players. The second one will be Team Deathmatch where up to 6 players can join the match.

For those of you interested in Overturn, you can purchase the game today for the Oculus Rift and HTC Vive at $29.99. Let us know your thoughts on the game.