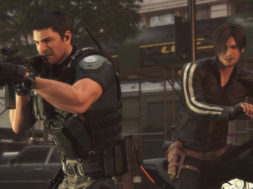 The Japanese PlayStation blog has announced that Capcom is creating a free PSVR experience for the upcoming CG movie, ‘Resident Evil: Vendetta’. It is unclear if the experience will be released elsewhere, as there is no indication currently, but it will be available in Japan on May 24.

Entitled “Z Infected Experience,” users play the role of the walking undead, rather than the franchise’s popular main characters. The experience allows users to live through a Trigger Virus outbreak, and experience events as a zombie who attacks iconic characters of the series such as Leon S. Kennedy, Rebecca Chambers, and Chris Redfield.

Check the gameplay presentation from Panora below:

According to Attack of the Fanboy, this experience is “more than a fully realized videogame, the experience plays as a demonstration of the VR capabilities by placing the player in the middle of the action, where he or she can look around and explore the settings while participating in guided events. It’s a similar approach as other VR experiences such as the recent Alien: Covenant In Utero.”

Scifi translates to VR quite well, so we can only imagine this new PSVR experience will have a lot of people scrambling to get their hands on it, and creating a growing demand for it to spread outside Japan. ‘Resident Evil: Vendetta’ will have a limited theatrical run this summer, and will be released on digital platforms around June 20th and on Blu Ray July 18th.