Home AR News Reports Suggest That Apple Has Been Developing AR Glasses For Over A Year With Launch At Least One Year Away
AR News
March 29, 2017 Alexandra Sedor 0 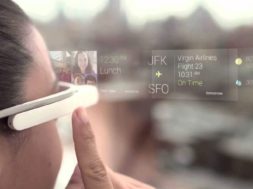 The race is on! While there’s much competition in the VR industry the AR vertical is up in the air, kind of like a gold rush. Major tech companies are trying to hit a gold mine by releasing a quality AR solution. There isn’t a sole tech company that’s dominating the industry. Rather, it’s an open market which is looking for a company to release quality AR products.

And so, keen eyes have taken interest to this opportunity. Microsoft for example is diligently working on an AR solution with their Hololens HMD. The product is exclusively available for developers at a whopping $3,000 price tag. Unfortunately however, Microsoft has halted hardware updates until 2019 where they look to release a working version with superior technology for consumers to use.

But another challenger named Magic Leap is eager to seize the moment with their upcoming AR solution. According to The Financial Times, Magic Leap seems to pose the biggest threat. The Florida-based startup has raised $1.4 billion with help from companies such as Google, Warner Brothers, and Alibaba. Magic Leap’s “light-field” eyewear is said to be smaller and have a wider view than Microsoft’s Hololens, and is set to be released at the end of 2017. Magic. Magic Leap is noted saying that their solution will provide quality digital experiences in the physical world. And while that sounds promising, there hasn’t been much proof to their upcoming concept.

Apple is another company that’s been noted in developing an AR solution. Rumors are swarming that Apple has been covertly working on AR glasses. And this isn’t much of a surprise as Tim Cook, CEO of Apple, has stated multiple times in favor of AR over VR. According to Financial Times, Apple has been working on an AR solution for over a year.

Apple first began to build a team to examine the feasibility of a head-worn device more than a year ago. Now, it is devoting more resources to its augmented-reality efforts, with the aim of taking it from a science project towards a consumer product, according to people familiar with the company’s plans. However, any launch is still at least a year away, perhaps much longer. Apple declined to comment.

As its engineers have become more adept at miniaturisation technology with products such as its AirPods wireless headphones and the iPad’s Pencil, AR seems to have overtaken Apple’s secretive car project as the company’s top priority for its next big launch, beyond the iPhone.”

Apple CEO, Tim Cook, was quoted at a Utah tech conference, saying that AR might “take a little while” to arrive but “we will wonder, when it does, how we lived without it.” This will be kind of like how living without a smartphone would feel like.

Since the foresight of AR glasses’ future is still a little blurry, Apple, Microsoft, and Magic Leap all believe in their strengths and technology to come out on top.