Report: HTC Might Be Releasing 2 VR Headsets This Holiday Season

Report: HTC Might Be Releasing 2 VR Headsets This Holiday Season

We’ve heard for several months now that Google and HTC will be releasing a collaborated standalone VR headset this holiday season called the Vive Focus. HTC submitted their trademark to the USPTO for the name back on September 8, 2017.

But now, thanks to some additional sources we’ve uncovered that HTC has filed for another trademark name, “Vive Eclipse.” The name was filed this month on October 6th, on EUIPO.

The list of goods and services state that the Vive Eclipse is the following: 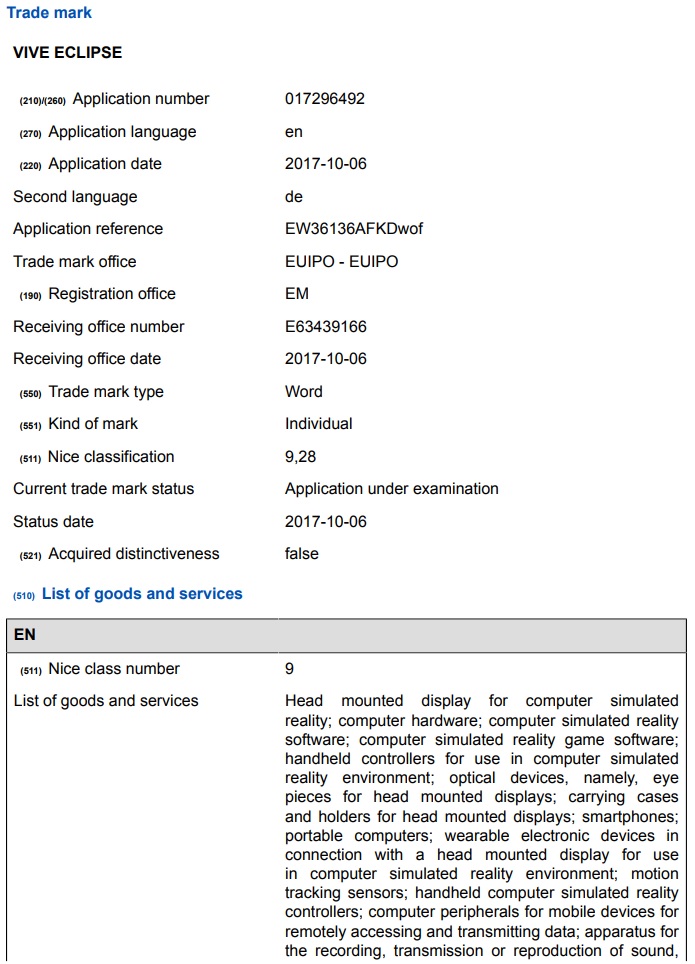 Vive Eclipse has been filed in other countries as well such as New Zealand and Canada but we haven’t found any indications in the U.S. This may be a similar situation that occurred earlier this year with the release of the Link headset which was exclusive to Japan. 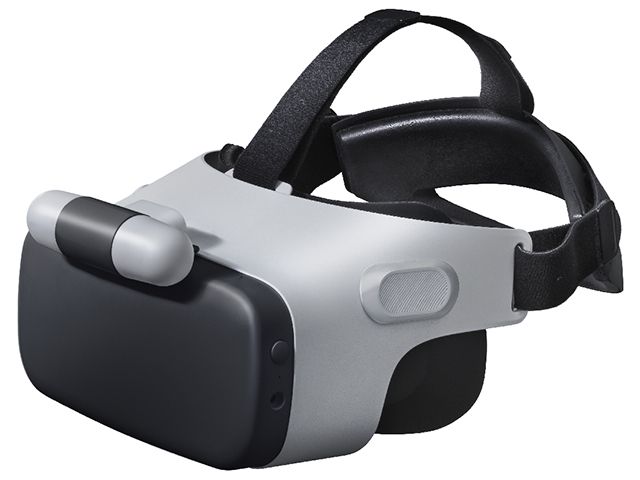 The description for the Vive Eclipse describes that the headset is a computer hardware carrying case and holder for head mounted displays, smartphones, and portable computers. This may indicate that the Vive Eclipse may be a mobile VR headset that uses a smartphone to operate. The description also indicates that the headset will have peripheral devices which probably indicates some type of motion tracked controllers.

Further updates will be provided as we learn about the HTC Vive Eclipse.