Relive the 2001: A Space Odyssey In Virtual Reality 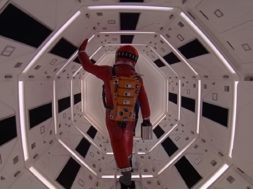 Relive the 2001: A Space Odyssey In Virtual Reality

The 2001: A Space Odyssey is known for its masterful cinematography and the way it is able to depict the unknowns of technology and outer space. While the movie was wonderful itself, a student named Erika Bonat (with the help of Ettore Cinquetti) from Verona University was able to capture the essence of the film in virtual reality.

The space station is one of the coolest elements in the movie which drives the narrative. It depicts human achievement of technology and how advanced we can get as human beings. The space station is operated by the famous HAL 9000 who is an AI and the students from Verona University was able to bring it to life in the virtual world.

While you don’t really get to experience HAL, you do get to see some cool areas of the ship This includes:

The experience was created for educational purposes with non-commercial use in mind. The experience is currently free to download and is only available on the HTC Vive.  This is an alpha version of the experience so you might find small tidbits of bugs and errors but it is definitely worth checking out.

To experience someone’s recreation of the Space Odyssey space station in VR is quite remarkable to say the least. The original film has stolen the hearts of millions of people around the world and to see something resemble it is fascinating.