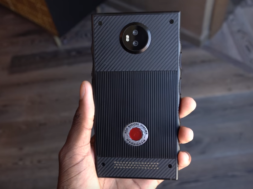 Today, we got to see the unveiled prototype of the RED Hydrogen holographic smartphone thanks to Marque Brownlee. In the video, you can see the industrial design commonly found on RED products. It’s also quite large in size as evident in the video when it’s laid next to the iPhone 7+. But it seems like it fits comfy in the pocket.

There are also grips and ridges on the side to better hold the expensive holographic phone. Currently, pre-orders for the aluminum model start at $1,195 while the Titanium version starts at $1,595. The phone is also charged through USB Type-C with an auxiliary port at the bottom. 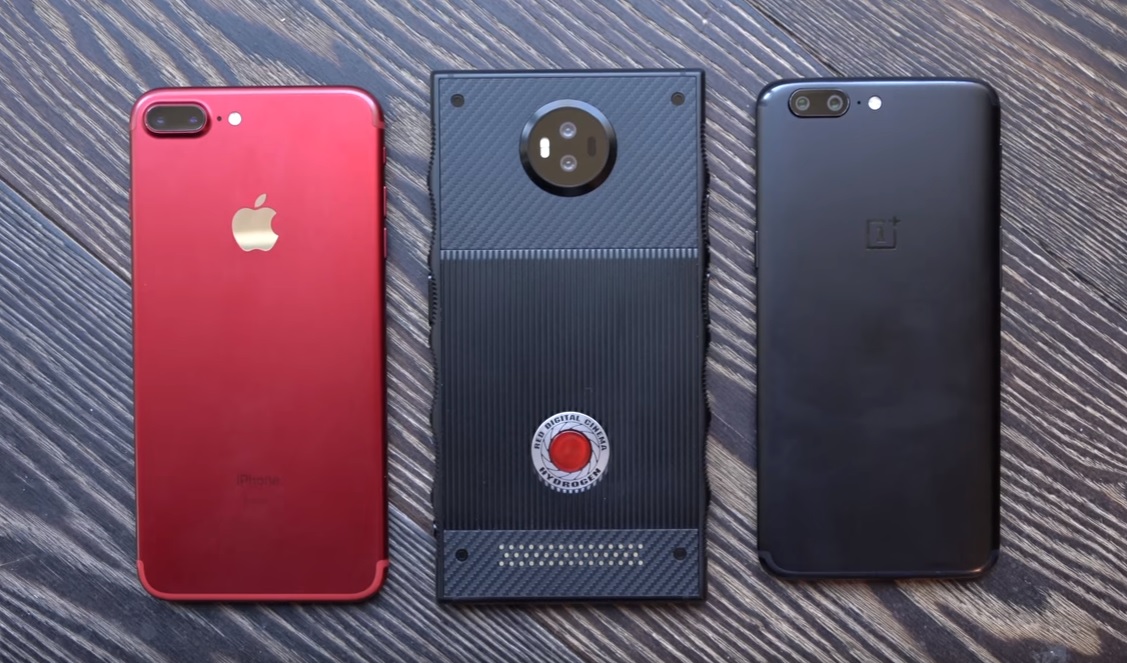 On the front of the phone, there are front facing speakers with a 5.5″ super high-resolution display. On the back, you’ll find pins at the bottom which allows for snap-on mods that adds to the functionality of the phone.

The video itself doesn’t show the working prototype for the holographic display. However, Brownlee has stated that he was quite blown away when he had the opportunity to check it out. RED plans on showcasing a working model in the next 30 to 45 days so stay tuned for those upcoming announcements!