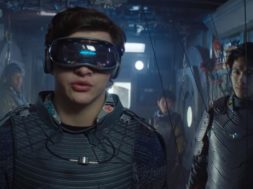 Ready Player One seems to be a success at the box offices as the movie has raked in over $180 million during its opening weekend. The movie has brought in $53.2 million in ticket sales over the four-day Easter weekend in North America while bringing in $128 million overseas. This includes the Chinese market that brought in $61.7 million alone.

The movie itself cost Warner Bros. and Village Roadshow around $155 million to produce which is already covered with the massive amount of ticket sales this weekend.

Steven Spielberg is now 71 years of age and still seems to be dominating the box office with his creativity, idea, and direction in movies.

About Ready Player One

This movie is not based off of an original story. It is a readaptation from the famous novel written by Ernest Cline. The book was released on August 11, 2011 which is almost 7 years ago.

In the original novel, you are taken to the year 2045 where reality is an ugly place. The only time teenage Wade Watts really feels alive is when he’s jacked into the virtual utopia known as the OASIS. Wade’s devoted his life to studying the puzzles hidden within this world’s digital confines—puzzles that are based on their creator’s obsession with the pop culture of decades past and that promise massive power and fortune to whoever can unlock them.

But when Wade stumbles upon the first clue, he finds himself beset by players willing to kill to take this ultimate prize. The race is on, and if Wade’s going to survive, he’ll have to win—and confront the real world he’s always been so desperate to escape.

This won’t be a one off story. Ernest Cline stated in a livestream that “It’s true. I can’t talk about it too much, but there’s no better inspiration for a writer to return to a world they’ve already worked on when they’re watching Steven Spielberg bring that world to life.”

So get ready to see another Ready Player One movie hit the big screens some time in the future. And if you already haven’t seen the movie, make sure to go check it out some time this week.