RDS – The Official Drift Videogame Is Now Available In VR 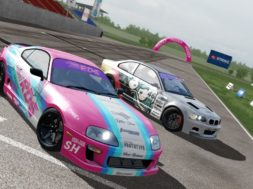 RDS – The Official Drift Videogame Is Now Available In VR

Car simulation games have always been eye-catching among car enthusiasts and gamers. And now we get to check out another new racing simulation game in VR called RDS – The Official Drift Videogame.

Created by Drift Physics Crew, players will become a member of professional drift competitions on famous tracks. In this game you will be competing with real players from around the world.

You will notice that the game has been created based around realistic physics, which has received fresh improvements and further development in the game. You’ll also come across an advanced styling and technical tuning system.

While many racing games out there are about speed, RDS puts you up to the test against other competitors in a drift simulation. The game is available for $17.99 on both the Oculus Rift and HTC Vive.