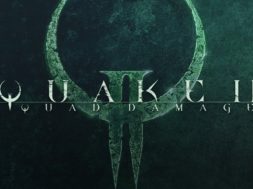 Quake II is a first-person shooter game that was first released in December of 1997. The game was developed by ID Software and published by Activision that brought joy to millions around the world. Quake II was one of the earlier games to offer 3D game play which was quite amazing at that time. And thanks to some amazing fans and developers, you can play Quake II VR on the Oculus Rift.

The original Quake II game has been migrated to the VR platform with the original storyline and the action-packed adventure that many fans are familiar with.

To play Quake II in VR, you’ll require the full version of the game, an Oculus Rift headset, and Windows 8.1 or 10.

– If you don’t own Quake 2, you can get the version with the shareware .pak included: quake2vr-2.0.0-shareware.zip (Alternate, non mega.nz link)

You can alternately just copy the contents of the extracted Quake2VR directory on top of an existing Quake II installation, however there is always the risk that this breaks the original installation.

If your Oculus Rift is connected and powered on it will enable support automatically at launch, but you can also enable Rift support by accessing the console using ~ and entering vr_enable. When it initializes it will attempt to locate the display that the Rift is configured as and use it, but if that fails it will default to the primary monitor.

Let us know what you think about the Quake II VR mod.