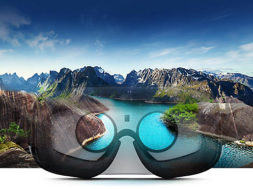 Today, Business Insider reported that Samsung’s Gear VR took the lion’s share of the VR market in Q1 for 2017 with the shipment of approximately 782,000 headsets according to market intelligence firm SuperData Research.

Although these results may seem startling, lower price points and VR bundle packages may have contributed to the Gear VR and PSVR success.

Samsung’s market-leading results could be partly attributed to its ability to bundle VR packages with smartphone shipments.

While the numbers may sound like Samsung and Sony are in a better position than the other companies, the reality of the situation is that everyone is winning in VR. The virtual reality (VR) market has made significant strides throughout 2016 — just look at the infographic below: 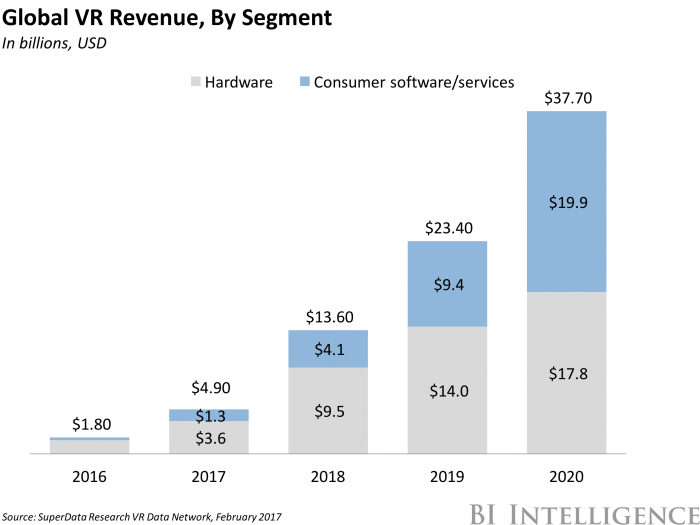 According to their latest article, “BI Intelligence’s Business Insider’s premium research service, forecasts shipments of VR headsets to spike by 1047% year-over-year (YoY) to 8.2 million in 2016. This growth will help propel the virtual reality space to exceed $1 billion in revenue for the first time, according to research by Deloitte. Powering that growth is an estimated 271% increase in investment in AR (augmented reality) and VR companies from 2015, according to estimates from CB Insights.”

BI anticipates that “while 2016 has indeed been an important year for the VR market, it hasn’t necessarily been a big one — at least not compared to its future growth potential. VR headset shipments will continue to grow in the years ahead, driven by the introduction of new content that will appeal to a broad swath of users.”

According to BI Intelligence, VR is poised even greater future success.