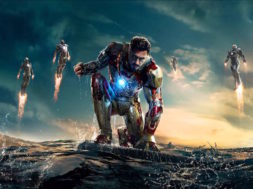 Hollywood studio, DMG Entertainment, has boarded the VR train with a recent acknowledgment of entering the VR space. The studio is responsible for creating blockbuster hits such as Iron Man 3, Looper (a great movie in my opinion), Terminator 2, and the recent Point Break.

Located in Beverly Hills, DMG Entertainment has been striving to create a great storytelling experience. Dan Mintz, the founder of the company has announced a branch to the entertainment company called DMG VR. This branch will be dedicated in bringing immersive storytelling to the VR platform.

The first incubated company under the DMG VR umbrella will be Arcturus. This team will focus on developing interactive narrative experiences with the use of modern technology across the range of VR platforms.

“The creative canvas of VR gives us new ways to experience stories and express creativity,” said Mintz. “We’re partnering with a team of trailblazing leaders in this rapidly growing industry to push new boundaries and bring mind-blowing VR experiences to the world.”

The Arcturus team will be led by experienced veterans in the Hollywood industry who has immense experience in creating digital stories. Some of the key members of the team will consist of Ewan Johnson, who led production teams at Dreamworks and Pixar; Devin Horsman, a key leader in VR gaming and alumni of Forbes 30 under 30 under the games category; and Andy Stack who is a product pioneer for 360 VR tech at YouTube and Google.

“We’re developing advanced technology to push storytelling in VR to new heights and combining it with original content, plus original content based on our world-class IP,” said Mintz. “When you add the Arcturus team to the mix, it sets a bold new standard for immersive VR experiences.”

Mintz has explained that DMG VR will target “funding, acquiring, and partnering with top entities in the high-growth space,” particularly with emphasis in groups that can make industry moves on a global scale.

“DMG’s track record of global success, considerable resources, and Dan’s creative vision will be instrumental as we elevate interactive VR experiences far beyond what is possible today, both technically and creatively,” said Andy Stack, chief operations officer at Arcturus. “We’re excited to join DMG and open the door to the future of the VR experience.”

Many other directors and teams such as Steven Spielberg have been making announcements about their endeavors within the VR industry.