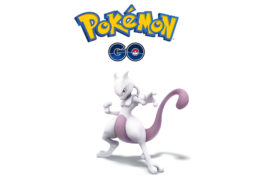 Ever since the launch of Pokemon Go, trainers across the world have been awaiting this moment. Starting now, you’ll be able to catch the infamous Pokemon, Mewtwo, in a special 24-hour event.

When Pokemon Go first launched, everyone was awaiting for the chance to catch this rare and powerful Pokemon. And even though the community has died down since the start of the adventures, this might be the event where fans across the world congregate to join this special 24-hour stint.

An official statement from the company states: “This will be history in the making for the company. Pokemon Go has united fans all across the world and this special 24 hour event will definitely catch the hearts of trainers everywhere. Mewtwo can only be caught with the help of the whole community in defeating the rare Pokemon. Additionally, not everyone will succeed. Trainers must have powerful Pokemon and battle it until the end. And only a handful of trainers will obtain Mewtwo as their own.”

Fans have been discovering that Mewtwo is somewhere in the game. People have combed through the code to find that indeed it exists somewhere.

And finally, trainers will have the ability to catch the elusive Pokemon.

Below is the list of 37 official cities where Mewtwo can be found.

tags: mewtwo event pokemon go
previous Reports Suggest That Apple Has Been Developing AR Glasses For Over A Year With Launch At Least One Year Away
next You Will Now Be Able To Wield A Lightsaber In Robo Recall's Newest Mod
Related Posts