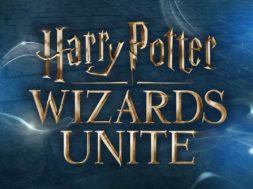 In an official statement, Niantic Labs has confirmed that they’ll be releasing a new AR game in the near future called Harry Potter: Wizards Unite. The company has skyrocketed through their success in launching Pokemon Go just over a year ago which was one of the fastest AR apps to reach $1 billion in revenue. Now they look to tackle another well known franchise with Harry Potter.

“Almost five years ago Niantic launched Ingress, our first augmented reality mobile game, turning real-world streets, neighborhoods and cities into a global game board, and bringing people together in a shared digital reality.” said Niantic Labs. “The incentives it created for exploration, exercise, and real-world social interaction helped spawn a global community of fans, united by their shared experience, and laid the foundations for Niantic’s real-world AR gaming platform. Pokémon GO brought that vision to the world at unprecedented scale and served as a catalyst for the further development of the Niantic platform.”

Niantic Labs describes their next upcoming AR game (Harry Potter: Wizards Unite) as an immersive experience where we’ll be become real life wizards. “We’re incredibly excited to announce this next step in the evolution of AR mobile entertainment. With Harry Potter: Wizards Unite, players that have been dreaming of becoming real life Wizards will finally get the chance to experience J.K. Rowling’s Wizarding World.

Players will learn spells, explore their real world neighborhoods and cities to discover & fight legendary beasts and team up with others to take down powerful enemies. We’re thrilled to partner with Warner Bros. Interactive Entertainment, and WB Games San Francisco’s development team to bring this magical and beloved series to life in a brand new way. Harry Potter: Wizards Unite will leverage the full stack of the Niantic Platform while also providing an opportunity to pioneer all new technology and gameplay mechanics.”

Niantic Labs has been able to create a successful platform with Ingress and Pokemon GO and will use what they have learned in the past to release an improved AR experience with Harry Potter: Wizards Unite. Niantic Labs hasn’t yet provided a release date for this upcoming game but has stated that they’ll be releasing updates in the near future. While you can’t compare the Pokemon franchise to Harry Potter, both universes provide an imaginary world that’s full of life and exploration. We look forward to learning more about this upcoming AR title.