Detective Pikachu is set to be the first live action movie from the hit Pokemon franchise. So the good folks at Nintendo and Niantic has decided to celebrate this event by releasing a special Detective Pikachu promotion in Pokemon Go.

In this special event you will see the following in Pokemon Go:

The event is running from May 7 – May 17th at 1PM PST. In the game, look for Pikachu in a detective hat to start photobombing your GO Snapshot photos. When it does, you’ll have the chance to catch the little yellow bubbly creature.

Also, you will see a higher encounter rate from Pokemon featured in Detective Pickachu including Bulbasaur, Jigglypuff, Psyduck, Aipom, and Snubbull—and you might even find Shiny Aipom. Every Pokémon you catch in the wild—not just these stars of the screen—will earn you double XP as well.

You’ll be able to participate in Raid Battles that challenge Pokémon featured in the film, as well as movie-inspired Field Research.

To add on top of that, you will see movie-themed items available in the Style Shop, including a detective hat with Pikachu ears and a T-shirt featuring the Pokemon Detective Pikachu logo.

Detective Pikachu is set to release on May 10. Gotta catch’em all! 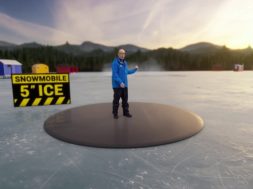