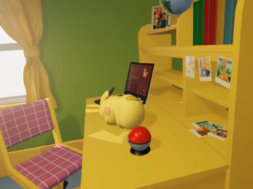 Pokemon Blue and Pokemon Red was first released on February 27, 1996. This makes the game over 2 decades old, which is quite astounding since the franchise still holds massive popularity. Just last year the company launched Pokemon Go, which reached pike peaking numbers in terms of users and revenue. Pokemon Go was the first mobile gaming app to hit $1 billion in sales in less than a year. Fans of the game got to experience Pokemon in an augmented reality setting.

Today, we bring you exciting news about another Pokemon experience just released for virtual reality called Pokemon: Ash’s Room VR. This particular experience is a fan made project by Jarlan Perez using Unreal Engine 4, which takes you inside Ash’s room. If you aren’t familiar with the origins of the game, Ash was the main character that you played as in the first Pokemon games. In Pokemon Red and Blue you start the game inside Ash’s room where you can see memorabilia of Pokemon, a gaming system, and other various items. Walking through this room in virtual reality brings back a lot of childhood nostalgia.

Pokemon: Ash’s Room VR is available on the Oculus Rift and HTC Vive. You’ll find instructions on how to navigate the room with the Vive controllers and the Oculus Touch controllers hanging on a wall. On the other side you’ll see pictures of Ash Ketchum and his friends including his mom, Professor Oak, Brock, Misty, Pikachu, and even Mr. Mime. 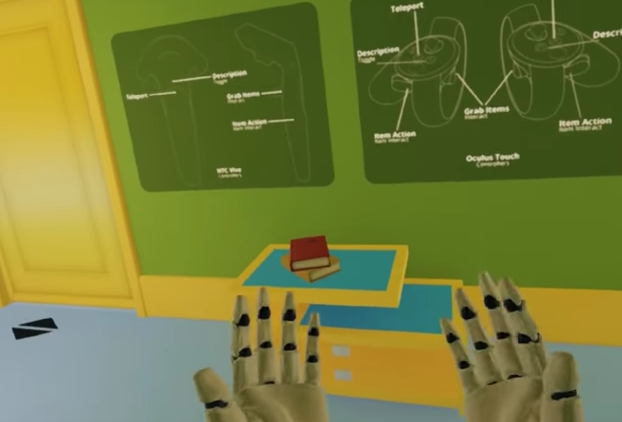 You can navigate about the room using teleportation. You’ll see an icon of a poke ball on the ground where you can click to be moved to that location. In Pokemon: Ash’s Room VR experience you can also pick up various items. When you do, there’ll be a text box with descriptions of the item. 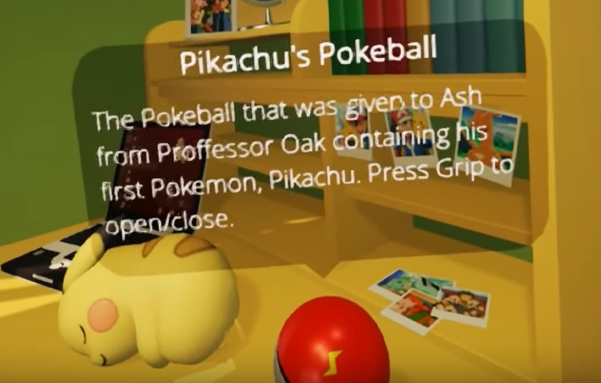 There’s also another room you can explore where you’ll find additional items. You can interact with objects such as Poke Balls, the Pokedex, and even the coveted Gym Badges. While you are limited to the two rooms, it’s an entertaining VR experience that should be tried out on the HTC Vive and Oculus Rift. You can the download Pokemon: Ash’s Room VR here.