PlayStation VR has just turned one years old today. On the console based VR headset, there’s been over 100 unique titles launched ranging from fun to horrifying experiences. Sony has also sold over 1 million of these headsets which is said to surpass both the HTC Vive and Oculus Rift sales.

To celebrate PS VR’s first anniversary, PlayStation has announced 60 new VR titles to look forward to in 2017 and 2018. Below is the full list of VR titles that’ll be coming to PS VR:

Bravo Team by Supermassive Games is set in a fictional modern day Eastern European city. When your escort mission goes wrong and results in the President’s assassination, a country threatens to tear itself apart…and your team along with it.

Bethesda is currently finishing up the works to release 3 new VR games into the world: Fallout 4 VR, Skyrim VR, and Doom VFR. Fallout 4 VR and Skyrim VR are readapted from the original game where we’ll experience these adventurous universes in an immersive setting. However, Doom VFR will be offering gamers something a little different.

In the new video that Bethesda has released today, the creators talk in-depth about the upcoming Doom VFR game. Marty Stratton, Game Director of Doom for example explained that you won’t be playing the Doom soldier that we’re all accustomed to. Instead, we’ll be playing as a character named Dr. Peters who is a part of the BFG program.

Gran Turismo has always been a stable game for PlayStation users. It offers realistic driving experiences where you get to drive some of these rare supercars in an environment that’s usually only suited for professional drivers.

According to the developers Megaton Rainfall fills the market gap of “games that let you control an indestructible superbeing who can fly at supersonic speeds across the Earth facing a global alien invasion and preventing the destruction of one city after another.”

At the beginning of the game you can only roam the Earth, from the bottom of the ocean to the stratosphere, looking for threats. Later, this freedom of movement will increase, letting you fly to the Moon or walk across the surface of the Sun which is quite different from other VR games in the FPS genre.

This sense of freedom will be one of the highlights in Megaton Rainfalls, as well as the sense of scale of the landscapes, which is said to “really shine in VR mode.”

The giant motherships that appear in the game may not be as dangerous as the smaller enemy vessels according to the creators. With smaller vessels you’ll have a harder time aiming and creating collateral damage in the process of eliminating the threat.

The game is set to release on October 17, 2017. You can pre-order the game today but the link seems to be down for some apparent reason.

Quill is set to release some time this year in 2017. You can’t pre-order the game just yet and there hasn’t been an announced price for the game.

No Heroes Allowed! VR is a real time strategy game that allows you to become the God of Destruction where you aim for world domination with Badmen and Badmella.

Players will have the ability to breed monsters and invade human territories using these creatures. You’ll have a diorama-like perspective through the view of the God’s eyes. You’ll begin your quest by jumping straight into the game and breeding those monsters.

No Heroes Allowed! VR is set to release some time this year in 2017. The game is not yet available for pre-order and there isn’t a set price on the game.

In Pixeljunk VR: Dead Hungry you must grill, fry, and bake your way out to freedom. This is a new fast-paced PS VR title that’ll challenge your virtual cooking skills. You take on a role of a fearless food-truck cook working double overtime to single-handedly save the world from certain doom. Using burgers, fries, a generous portion of side menu items–and anything else lying around–you can restore the living dead to human form.

You must turn swarms of zombie schoolgirls, office workers, and sumo wrestlers into well-fed and highly functional members of society once again.

The game is set to release some time this year in 2017. Pixeljunk VR isn’t available for pre-order and there isn’t a set price on the game.

Stifled is a stealth based VR game where you must use sound to see and detect the enemies near you. You’ll be taking on the role of the main character named David Ridley who has to battle the eerie consequences of a tragic event which has darkened your world.

The PlayStation VR headset has a built-in mic that’ll be capturing your voice to help illuminate the way. Your voice will will also be key in trying to locate items throughout the story.

As you progress through the game, you’ll discover the importance of strategic gameplay as the sounds you make not only help you to navigate, they could also alert lurking enemies to your presence; it’s an audio awakening in which enemies hear your fear.

The game is set to release sometime this year in 2017. Pre-orders are not yet available and there isn’t a set price on the game.

Skyrim VR reimagines the complete epic fantasy masterpiece with an unparalleled sense of scale, depth, and immersion. From battling ancient dragons to exploring rugged mountains and more, Skyrim VR brings to life a complete open world for you to experience any way you choose.

In The Inpatient, you’ll be discovering who you are before it’s all too late. This PS VR exclusive title is set in the Blackwood Sanatorium taking place 60 years prior to the hit title, ‘Until Dawn.’

Players will be taking on the role of an amnesiac inpatient who must find out who you are and why you are in the Sanatorium. With a branching narrative, and different endings; every choice you make can drastically affect the way the game plays out.

Choices and consequences are integral to the gameplay. Your life (and the lives of those around you), are dramatically affected by the decisions you make.

The story isn’t just about scares; you’ll discover a rich backstory and uncover a conspiracy. Vivid flashback memories that you discover throughout the game are key to understanding why you are in the Sanatorium.

Golem is an upcoming PS VR exclusive that places you inside a storybook world where you see through the eyes of over stone creatures. You’ll take control of these creatures in order to discover the connection between your family and the mysterious Endless City you’re in.

Along the journey, you’ll discover hidden treasures and valuable artifacts while battling the Silent Watch using your melee combat skills. You’ll also run into bands of hostile golems which you must defeat.

Golem is set to release some time in 2018. Pre-orders to the game are not yet available and price is not determined.

The American Dream is an upcoming VR title that’s set to take you on an unusual trip through the 1950’s where you use your guns to accomplish daily tasks. The guns become the main utility in the game to do the simplest of tasks such as flipping a burger or opening a can of soda. Even watering your plants will have to be accomplished by using a gun.

The game is set to release some time in 2018. The American Dream isn’t available for pre-order and the price is unknown at this point. 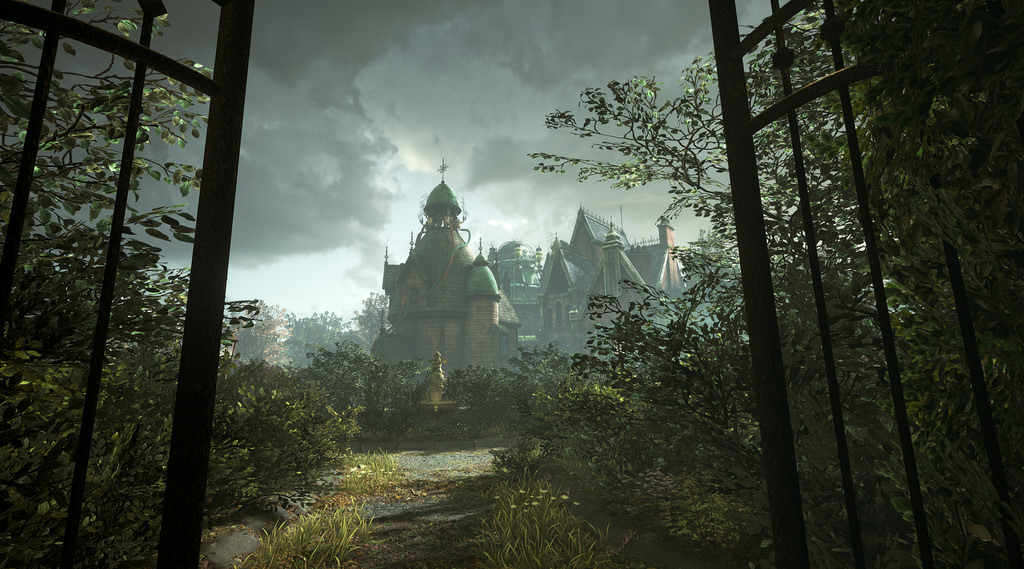 Not much is known about Torn other than it being a mystery inspired VR game that’s set in the Vermont forest where you discover a house full of secrets. Player will discover the numerous experiments, inventions, gear and documentation that reveal a lot about the doctor who lived there–however they’re also remnants of a man who’s been missing for 64 years.

Torn is currently set to release some tine in 2018. Pre-orders are not yet available and price is yet undetermined.

Xing: The Land Beyond

In the land of Xing you are crossing the threshold between life and death.

You are on a journey to earn your freedom, while freeing other spirits trapped in the “inbetween.” Each realm you visit was once home to a spirit, which will act as a guide in telling the story of his or her life through scattered poetry. Spirits will also help you in your quest to solve puzzles, in the hopes that you will set them free when you pass through the final gate into oblivion…

Xing: The Land Beyond is set to release on PS VR some time in 2018. Pre-order and pricing are not yet available.