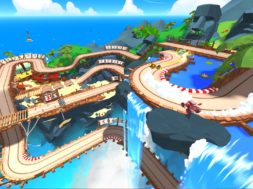 Everyone in the VR community is getting ready to shift to phase 2 as we wrap up the first full year of major hardware releases. We’ve seen the steady increase of consumer adoption when it comes to VR and VR companies are looking to maintain growth within the sector. And as a part of this growth initatitive, PlayStation has introduced their next set of games that’ll soon be releasing on the PSVR.

We have provided further description to the blue colored titles above where you can check out additional details. A few of the listed games have made our AAA VR games list which states the power, time, and investment that went into making an IP.

If you currently own a PlayStation VR system you can download the PlayStation VR Demo Disc 2 for free today. Make sure to give these games a go as you’ll find it quite striking, visually and mentally.