PlayStation Teases Us With ‘Stranger Things: The VR Experience’ 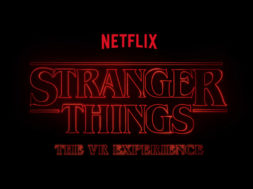 PlayStation Teases Us With ‘Stranger Things: The VR Experience’

Sony is full-steam ahead when it comes to PlayStation VR and unique IPs. Just this week they’ve announced and released information to various upcoming VR games such as Ace Combat 7 Skies Unknown, Moss, Star Child, and Blood & Truth. Now, they’ve released another bit of information on a new IP called Stranger Things: The VR Experience in collaboration with Netflix.

The trailer itself is nothing special but what makes it exciting is that the popular hit show will be made into a VR experience. In the video above you can see the Christmas lights that were ever so popular in Season 1 of the show. They blink in a certain to describe a word and in this case it spells out “PSVR.”

While we aren’t quite sure what Stranger Things: The VR Experience will entail, it will be quite striking to visit Hawkins in VR.

Oculus has also teamed up with Turtle Rock and Netflix to release Face Your Fears: Stranger Things VR experience on the Gear VR.

This is an interactive experience with an original storyline, the latest DLC for Face Your Fears takes you to the sleepy town of Hawkins, Indiana, where you’ll encounter a series of spine-tingling events in the everyday world and its uncanny reflection, the Upside Down.

This experience is available for free today on the Oculus store.