Pimax Begins Rollout Process For The 5K And 8K headsets 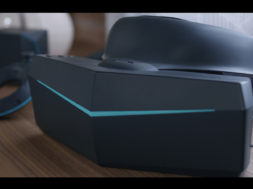 Pimax Begins Rollout Process For The 5K And 8K headsets

The day seems to be brighter for the backers of Pimax as they have announced the rollout process for their 5K and 8K headsets. The Pimax team has stated that the workers have produced ~70PCS headsets before their national holiday. However, only 36PCS headsets are finished testing.

For their future rollout and ramp-up plans, they look to pump out more and more units as the months go by. They are at a capacity of 30-50PCS a day. The full capacity for one production line is 100PCS a day for their team.

They will be setting up another two lines according to their plans. Here are the target numbers for their manufacturing line:

The problem that Pimax is facing is the shortage of several parts from their vendors. In the early stage of mass production, their vendors will need to ramp up their production as well in order to pump out the 5K and 8K hmd.

Pimax has also stated that they have sent 14 of their headsets to the top backers with tracking numbers. 8 went out to the EU, 3 for the US, 2 to Australia, and 1 to Peru.

So for those who have been patiently waiting for the Pimax headsets it seems as though the time has come. Most likely it will take a few months for your headsets to be delivered as they have clearly stated their ramp-up process. Pimax founder Robin Weng stated the hurdles that they’ve had to overcome in order to get to where they are today.

Will Pimax be bringing the next generation of headsets to the market?