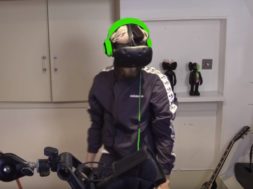 The most popular YouTuber in the world, Pewdiepie, recently decided to jump on the HTC Vive to experience the unique side of VR through VRChat. He’s recently seen the viral video that was released on the platform where a guy tries to make out with an anime girl but gets denied by another user.

In Pewdiepie’s case, he sort of experienced an even weirder side where he meets random people that recognize him and try to get him to do various things. He tries on a bunch of different avatar skins and visits various areas on the platform.

Pewdiepie has a couple of missions in the video where he wants to become an anime girl. But he doesn’t seem to succeed in his quest to do so. He also ends up being Morty from the famous TV show “Rick and Morty.” The video is a little over 10 minutes and is quite entertaining.