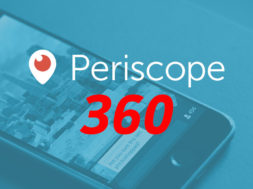 Twitter owned Periscope has quietly released Live 360 video streaming to their platform. This highly popular mobile streaming app is used by many around the world to document live footage of their lives and exciting moments.

“We’ve always said that joining a broadcast is like stepping into someone else’s shoes and seeing the world through their eyes. Today, we’re introducing a more immersive way to experience those moments — with live 360 video.

With 360 video on Periscope, you can experience moments with the broadcaster and take a look around — it’s one step closer to actually being there. Starting today, you’ll be able to join live 360 videos on Periscope and Twitter from some incredible broadcasters — getting front-row access at exclusive events, traveling to places across the globe, and getting up close with well-known personalities.” – Periscope

Hope you guys enjoyed our first ever #Periscope360.
Want to learn how to do it too? Sign up at https://t.co/WBGpjmvOqh 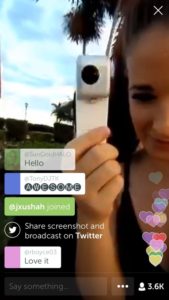 “Today, we’re introducing a new way to see what’s happening on Twitter – through live 360 video. Starting today, you can check out live, interactive 360 videos from interesting broadcasters and explore what’s happening with them. You’ll be able to get an inside look with well-known personalities and go behind the scenes at exclusive events.”

Get ready to see more Live 360 videos on the popular streaming app and Twitter.