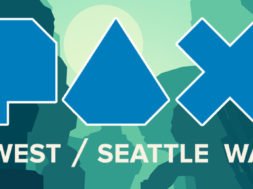 PAX West gaming convention is currently underway in Seattle and there’s a lot of great stuff happening today. Companies such as Oculus and HTC are in attendance to showcase some of the amazing VR games available on their respective platforms.

Below is a list of special events and prizes you can obtain if you are at the convention.

HTC Vive: HTC has announced the launch of a great big VR treasure hunt starting today, September 1 – 4 where you’ll have a chance to win many splendid prizes. All you have to do to enter the treasure hunt is find a HTC Vive PAX West partner, do a VR demo at their booth and get your PAX badge scanned by one of the VIVE VR Specialists afterwards.

Each demo you complete will give you a chance to win – the more demos you do, the more entries you get. Winners will be drawn at random after the event has closed.

Winners can check back to see if they won on HTC Vive’s Twitter account after September 7th.

Oculus is also holding some special events of their own starting with demos to some of their beloved VR games. If you head on over to the VR Village located just a few short blocks from the Washington State Convention Center, you can experience titles such as Blasters of the Universe, Headmaster, Oculus Medium, and Rez Infinite for free.

Additionally, Oculus will be holding tournaments throughout the length of the convention. Starting today, attendees have the opportunity to play and compete against one another for some good ol’ bragging rights and also the Oculus Rift bundle.

Oculus is also holding a panel with various partners during the longevity of the PAX West convention where we’ll here various subjects going on in the VR and entertainments industry.

Make sure to attend, hear, and win some prizes while you’re at the PAX West convention.