Palmer Luckey May Possibly Be Saving AltspaceVR From Shutting Down 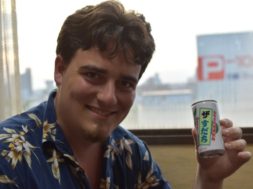 Palmer Luckey May Possibly Be Saving AltspaceVR From Shutting Down

Palmer Luckey has been one of the biggest influences in the VR industry. Being the original founder of Oculus VR, he helped bring about a new wave of virtual reality. Recently, it’s been unveiled that AltspaceVR will be shutting its doors due to a multitude of reasons. But Palmer Luckey might be chiming in to save the day.

In a tweet poll this morning, Palmer Luckey asked, “Should I try to save AltspaceVR? (caveat: may not be possible)”

Should I try to save @AltspaceVR? (caveat: may not be possible)

While AltspaceVR isn’t quite Soundcloud, it’s comparable to how Chance the Rapper stepped into save a beloved platform from completely shutting down. Palmer Luckey is almost looked at as a father figure in the VR space and has been vital to the cause of growing the technology.

However, some people are saying that Palmer Luckey shouldn’t save the company. Some of the reasons stated are that he should invest in other platforms, higher their engineers for something else, or that AltspaceVR isn’t really worth saving. There are others in the community that want to see AltspaceVR open sourced as well.

AltspaceVR has hosted various events in the past, such as MACH in VR where Bill Nye The Science Guy hopped on to promote his new book. They also hosted famous comedians such as Comedy Living Room’s comedic duo, Matt Lottman and Frank Chad Muniz putting together one of the first comedic performances in VR. Even Reggie Watts hosted a skit in the social space where we saw a large attendance.

They’ve also designed new concepts such as 360 Teather where you could hang out with friends inside a 360 video. Up to 10 people can watch 360 videos together and choose from a curated list of the best videos on YouTube.

Currently, AltspaceVR averages around 35,000 users a month with the average person spending 35 minutes a day in the social space. One reason that Luckey might not be able to save the company could do with “Patent Trolls.”

tags: altspacevr Palmer Luckey
previous Oculus 1.17 Update Rolls Out Parties For You To Chat With Friends
next Rick and Morty Creator Finally Gets His Szechuan Sauce From McDonald's
Related Posts