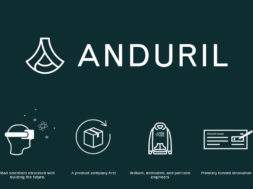 The VR industry is shifting in a whole other direction with the recent announcement of Palmer Luckey’s new defense startup, Anduril. We’ve recently discovered through reports by Tech Crunch that Luckey was heading into a new realm working with engineers from Palantir and Trae Stephens from The Founder Fund who all have background and knowledge in U.S. defense program.

Trae Stephens was actually a part of the Founder Fund acting as a managing partner alongside Peter Thiel who has a deep relationship with the Trump administration. If you look deeper into the matter you’ll find Stephens was appointed to Trump’s defense transition team. This type of access provides the new startup a quick way into getting funded for new defense contracts in the future.

Trae Stephens isn’t the only one who’s had some affiliation with the Trump administration. Palmer Luckey has also contributed to the current president on multiple occassions. He first donated funds to a pro-Trump party on Reddit and also donated $100,000 to fund Donald Trump’s inaugural celebrations through a shell company named after the classic video game, Chrono Trigger. This has gotten him an unwarranted amount of backlash but he continues to carry himself as a supporter of the president.

Luckey and the team are also well versed in the VR space where Luckey’s gone on to create Oculus, which is one of the biggest brands in the immersive industry. Oculus was acquired by Facebook for over $2 billion a few years back and challenges others for the top position within the space.

The new frontier for Luckey and Anduril

On their newly redesigned website, they list the following reasons to why and how they’re going to reach their objective:

“In many ways, we are living in the future. Instantaneous communication with anyone in the world, all of humanity’s knowledge accessible in your pocket, next-day delivery of any physical good you can imagine, and many other advances have radically changed the way we live our lives. By comparison, progress in defense has lagged since the end of the Cold War.

We need the world’s brightest minds building technologies that fundamentally advance mankind and deter international conflict. Anduril is privately funding and building products that America and her allies desperately need: real-time battlefield awareness for soldiers on the ground and headquarters alike, technology that keeps our men and women on the front line out of harm’s way, and a host of other technologies that will ensure we are staying ahead of our adversaries.”

“The central fallacy of the political debate surrounding defense spending is that we are stuck in a dichotomy between doing “more with more” or “less with less”. This is a false choice: if we build the right technology, we should be able to do more with less. As a product-focused company that funds and builds our own technology, we are not beholden to the typical cost-plus contract structure, which rewards slow and expensive development of bespoke technology.

Anduril is founded by Silicon Valley veterans who know how to do things the right way, focusing on product rather than process.  We are using lessons learned from our previous experiences to bring better capabilities at dramatically lower cost to America and her allies. ”

The team describes the pain points they see in our currently military. They believe that soldiers require better technology to provide them with “real-time battlefield awareness for soldiers on the ground and headquarters alike.” Anduril looks to solve some of these problems by implementing VR and AR technology that would aid them.

Luckey is about to stir VR into unfamiliar territories where the immersive technology will be used to aid military personnel in eliminating threats and hostiles. While the technology is currently used for education and entertainment, there seems to be a new direction that VR is headed and it creates an awry feeling of darkness.

Palmer Luckey is one of the big names in the industry and he will create a lot of impact through this new startup company, Anduril. Will this be received well in the public? Only time will tell. But note, there will be huge outcomes of using VR and AR on the battlefield.