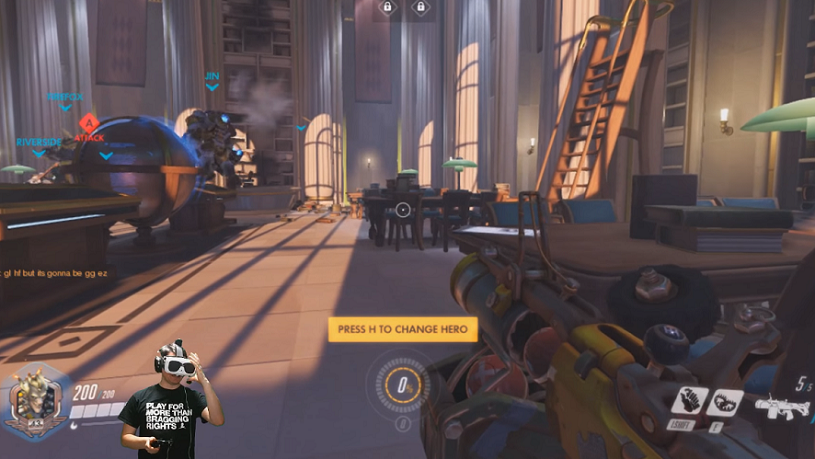 Overwatch is an FPS (first person shooter) game where you’re able to choose characters with different attributes. The class of characters range from snipers, tanks, DPS, and healers. The objective of the game ranges from holding a point to moving cargo to checkpoints. Overwatch  is currently available on the PS4, Xbox One, and PC.

A couple months back Brothgar, a famous youtuber, got a chance to hook the game up to a virtual reality headset to play Overwatch in virtual reality. Overwatch wasn’t made for VR gaming but he made it happen anyways and it turned out to be a hilarious event.

Within the gameplay, you’ll see the flaw of movement and motion while trying to play Overwatch in VR. When he does a full motion of turn, the game doesn’t compensate correctly and only turns about half way. It turns out to be a funny and entertaining video as Brothgar is limited in gameplay.

If you’re ever interested in testing your Overwatch abilities, we recommend you handicap yourself with playing Overwatch VR.